THE CONTEXT: According to the Global Nutrition Report (GNR, 2021) released by the World Health Organisation, India has made no progress on anaemia and childhood wasting. The country featured among the 161 countries documented in the report as having made no progress or said to be worsening with regards to reducing anaemia.

The Global Nutrition Report was conceived following the first Nutrition for Growth Initiative Summit (N4G) in 2013 as a mechanism for tracking the commitments made by 100 stakeholders spanning governments, aid donors, civil society, the UN and businesses.

Malnutrition refers to deficiencies or excesses in nutrient intake, imbalance of essential nutrients or impaired nutrient utilization. The double burden of malnutrition consists of both undernutrition and overweight and obesity, as well as diet-related non-communicable diseases. Undernutrition manifests in four broad forms: wasting, stunting, underweight, and micronutrient deficiencies.

THE CONTEXT: The Government of India and the Asian Development Bank (ADB) signed a $300 million loan to strengthen and improve access to comprehensive primary health care in urban areas of 13 states that will benefit over 256 million urban dwellers, including 51 million from slum areas.

The programme is supported by a $2 million technical assistance grant from ADB’s Japan Fund for Poverty Reduction to provide support for programme implementation and coordination, capacity building, innovation, knowledge sharing and application of scalable best practices across the healthcare system.

3. THE LEGAL MANDATE FOR MSP

THE CONTEXT: Despite the announcement by Prime Minister committing to repeal the three farm laws, farmers have said their protest will continue — and have written to the PM with their six remaining demands, including, most importantly, a legal mandate for minimum support prices (MSP).

THE CONTEXT: Australia’s Great Barrier Reef is spawning in an explosion of colour as the World Heritage-listed natural wonder recovers from life-threatening coral bleaching episodes.

What is coral spawning?

When does coral spawn? 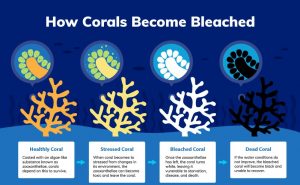 5. THE FASTEST SPIN OF WHITE DWARF

THE CONTEXT: In a record-breaking discovery, astronomers have discovered a white dwarf star that completes one rotation in just 25 seconds. 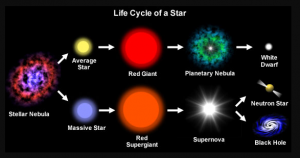 THE CONTEXT: To promote and attract tourism business, the Indian Railways launched Bharat Gaurav trains that will be operated by private players and run-on theme-based circuits.

‘Right of Use’ charge

THE CONTEXT: Union Cabinet has approved the extension of the Pradhan Mantri Garib Kalyan Anna Yojana (PMGKAY-Phase V) for a period of another 4 months i.e. December 2021 till March 2022.

THE CONTEXT: The Cabinet Committee on Economic Affairs chaired by the Prime Minister gave its approval for continuation of the umbrella scheme “Ocean Services, Modelling, Application, Resources and Technology (O-SMART)” of Ministry of Earth Sciences, for implementation during the period from 2021-26 at an overall cost of Rs. 2177 crore.

O-SMART is implemented by the following five institutes of the MoES.

What is the Significance of the O-SMART Scheme?

THE CONTEXT: Prime Minister chaired the meeting of 39th edition of PRAGATI, the ICT based multi-modal platform for Pro-Active Governance and Timely Implementation, involving Centre and State governments

The three objectives of PRAGATI are:

Q 1. Legislation that confers on the executive or administrative authority an unguided and uncontrolled discretionary power in the matter of the application of law violates one of the following Articles of the Constitution of India?