THE CONTEXT: The Lok Sabha and Rajya Sabha passed the “Farm Laws Repeal Bill 2021” to repeal the three contentious farms laws enacted in 2020, against which various farm organizations have been carrying out widespread protests for the past one year.

The Farm Laws Repeal Bill, 2021 is aimed at repealing the three farm laws

These laws were enacted to: (i) provide a framework for contract farming, (ii) facilitate barrier-free trade of farmers’ produce outside the markets notified under the various state Agricultural Produce Marketing Committee (APMC) laws, and (iii) regulate the supply of certain food items (such as cereals, pulses, and onions) only under extraordinary circumstances such as war, famine, and extraordinary price rise. Note that, in January 2021, the Supreme Court had stayed the implementation of the three farm laws.

Problem with the laws?

What is meant by Repeal?

“Repeal means to revoke, abrogate, or cancel particularly a statute,” according to a ‘Reference Note’ prepared by the Lok Sabha Secretariat in 2016, and “any statute may repeal any Act in whole or in part, either expressly or implicitly, by enacting matter contrary to and inconsistent with the prior legislation.”

Generally, laws are repealed to either remove inconsistencies or after they have served their purpose. When new laws are enacted, old laws on the subject are repealed by inserting a repeal clause in the new law.

What is the procedure?

2. THE SUSPENSION OF MP’S

THE CONTEXT: Twelve Opposition members of the Rajya Sabha were suspended for the entire winter session for “unprecedented acts of misconduct”, “unruly and violent behaviour” and “intentional attacks on security personnel” on August 11, 2021, the last day of the previous monsoon session.

POWERS AND FUNCTIONS AS CHAIRMAN:

As Presiding Officer of the House

Maintenance of Order in the House

RRBs will have a target of 75 per cent of their outstanding advances for priority sector lending and sub-sector targets.

Regional Rural Banks were established under the provisions of an Ordinance passed on 26 September 1975 and the RRB Act 1987 to provide sufficient banking and credit facility for agriculture and other rural sectors. Regional Rural Banks (RRB) are Indian Scheduled Commercial Banks (Government Banks) operating at regional level in different states of India. They have been created with a view of serving primarily the rural areas of India with basic banking and financial services. However, RRBs may have branches set up for urban operations and their area of operation may include urban area too.

The area of operation of RRBs is limited to the area as notified by Government of India covering one or more districts in the State. RRBs perform various functions in following heads: 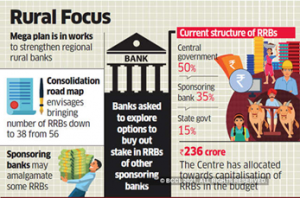 What is Priority Sector Lending?

Priority Sector means those sectors which the Government of India and Reserve Bank of India consider as important for the development of the basic needs of the country and are to be given priority over other sectors. The banks are mandated to encourage the growth of such sectors with adequate and timely credit.

The categories of priority sector are as follows

THE CONTEXT: The RBI superseded the board of Reliance Capital Ltd (RCL), promoted by Anil Ambani’s Reliance Group, in view of the defaults in meeting payment obligations.

What is a Non-Banking Financial Company (NBFC)?

What is the difference between banks & NBFCs?

NBFCs lend and make investments and hence their activities are akin to that of banks; however, there are a few differences as given below:

The Union budget 2019-20 has proposed to amend the RBI Act 1934, in order to strengthen the central bank’s autonomy and regulatory powers in following domains:

About the Insolvency Bankruptcy Code:

The IBC was enacted in 2016, replacing a host of laws, with the aim to streamline and speed up the resolution process of failed businesses.

The Code also consolidates provisions of the current legislative framework to form a common forum for debtors and creditors of all classes to resolve insolvency.

The Code creates various institutions to facilitate resolution of insolvency. These are as follows:

THE CONTEXT: Alipore Zoological Garden in Kolkata has introduced month-long adoption of animals to create public awareness about them, besides the earlier year-long duration.

THE CONTEXT: According to the International Renewable Energy Agency (IRENA), hydrogen will make up 12% of the energy mix by 2050. The agency also suggested that about 66% of this hydrogen used must come from water instead of natural gas. Recently, IRENA has released the ‘World Energy Transitions Outlook’ Report.

Hydrogen as a fuel: 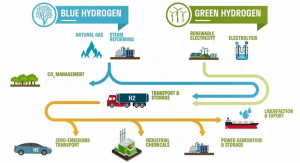 How can green hydrogen be used?

Hydrogen can be used in broadly two ways. It can be burnt to produce heat or fed into a fuel cell to make electricity. 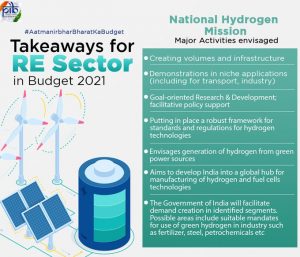 THE CONTEXT: According to the Food and Agriculture Organization of the United Nations (FAO) study showed that for every dollar invested into land restoration yields across the African continent from Senegal in the west to Djibouti in the east, investors can expect an average return of $1.20, with outcomes ranging between $1.10 and $4.40.

What is the Great Green Wall?

By 2030, the ambition of the initiative is to restore 100 million ha of currently degraded land; sequester 250 million tons of carbon and create 10 million green jobs. This will support communities living along the Wall to:

The GGW offers multiple (environmental, social and economic) benefits on an epic scale, touching on 15 of the 17 United Nations-mandated Sustainable Development Goals.

The Sahel extends south of the Sahara from Senegal in the west to Ethiopia in the east of Africa. Vast areas of the formerly fertile region are now virtually uncultivated due to droughts, poor agricultural cultivation methods as well as land overuse due to the growing demand for food and firewood. 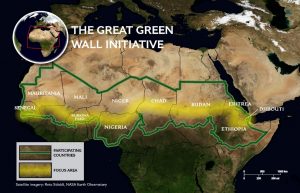 THE CONTEXT: As per the recent data by the Ministry of Micro, Small & Medium Enterprises, as many as 23,948 MSMEs had registered with intent to adopt the principle of the Zero Defect Zero Effect Scheme (ZED).

In India’s pursuit of becoming globally competitive, the prime minister has pitched for ‘Make in India’ with ‘Zero Defect, Zero Effect (ZED)’ culture with twin focus – on customers and on society.

The objective of the Scheme:

There are 50 parameters for ZED rating and additional 25 parameters for ZED Defence rating under ZED Maturity Assessment Model. The MSMEs are provided financial assistance for the activities to be carried out for ZED certification i.e., Assessment / Rating, Additional rating for Defence angle, Gap Analysis, Handholding, Consultancy for improving the rating of MSMEs by Consultants and Re-Assessment / Re-Rating.

Quality Council of India (QCI) has been appointed as the National Monitoring & Implementing Unit (NMIU) for the implementation of ZED.

a) Carbon captured by oceans and coastal ecosystems

b) Carbon sequestered in forest biomass and agricultural soils

d) Carbon present in the atmosphere.