THE INDIAN SOCIETY AND SOCIAL ISSUE

1.    ALL INDIA SURVEY ON DOMESTIC WORKERS

THE CONTEXT: Union Minister for Labour and Employment, flagged off the first-ever All India Survey on Domestic workers being conducted by Labour Bureau.

The survey will also provide the Household Estimates of Live-in/Live-out domestic workers and the average number of domestic workers engaged by different types of households. the main objectives are:

THE CONTEXT: Recently Oxfam India released its “Securing Rights of Patients in India”, report, where it’s stated 1 in 4 Indians faced discrimination while accessing health services due to their caste and religion.

HIGHLIGHTS OF THE REPORT:

“The surveys show that the basic rights of patients in India are being routinely denied in healthcare facilities, for the poor and middle class alike. Skewed power dynamics with respect to class, caste, religion, and gender between the healthcare providers and patients deepen existing structural inequalities in the healthcare system,”. 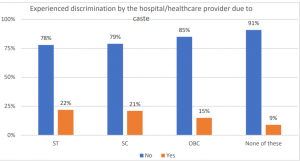 Underlining denial of patient’s rights in the country, the report claimed that 74% of respondents said the doctor simply wrote the prescription or treatment or asked them to get tests/investigations done without explaining their disease, nature and/or cause of illness.

THE CONTEXT: Australia has said a La Niña event has developed for a second consecutive year, meaning there is a greater risk locally of floods and cyclones.

What is La Nina? 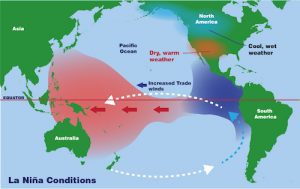 La Niña is a weather pattern that occurs in the Pacific Ocean. In this pattern, strong winds blow warm water at the ocean’s surface from South America to Indonesia. As the warm water moves west, cold water from the deep rises to the surface near the coast of South America.

What happens during La Nina?

THE CONTEXT: India and United States have agreed to look after ways of resolving differences on issues like market access and digital trade besides reviving the Trade Policy Forum after four years.

5.    PAKISTAN TO ALLOW INDIA TO SEND WHEAT TO AFGHANISTAN THROUGH ITS TERRITORY

THE CONTEXT:  Pakistan Prime Minister announced his government will allow India to send a humanitarian shipment of 50,000 metric tonnes of wheat to neighbouring Afghanistan through its territory after the finalisation of the transit modalities.

The World Food Programme (WFP) has warned that, tens of millions of Afghans, including children, could die of starvation if urgent action is not taken

THE CONTEXT: The stocks will be sold to Mangalore Refinery and Petrochemicals Ltd (MRPL) and Hindustan Petroleum Corp Ltd (HPCL) which are connected by pipeline to the strategic reserves. 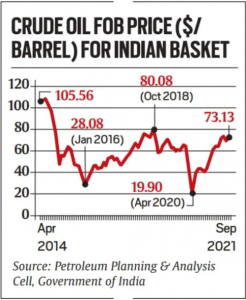 Despite an increase in crude oil supply of 400,000 barrels per day in December, OPEC+ figures are still lower than the reference level of production for them by nearly 5.4 million barrels per day. Since hitting a low of $16 per barrel on April 22 last year, the price of Brent crude oil has been rising steadily, touching a high of $86.67 per barrel on October 25 this year. Prices have since retreated below $80 per barrel on the US announcement of releasing oil from reserves. 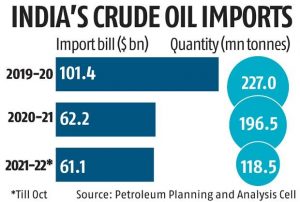 Crude oil is a type of fossil fuel that occurs naturally. It is an unrefined petroleum product composed of hydrocarbon deposits and other organic materials.

THE CONTEXT: A study by a group of researchers — called Future of the Human Climate Niche — projected that over 9 billion across the world likely to be exposed to annual average temperatures experienced only in the hottest deserts

The largest continent is going to see a massive population boom. India would be the most affected, with over half of the 1.6 billion people (projected population by 2070) exposed to extreme heat.

Other countries like the United Arab Emirates, Cambodia, and parts of South Vietnam and eastern Pakistan will become unlivable, according to the projections.

The most vulnerable of all the continents in terms of low human development, Africa is going to witness a population of 1.2 billion people and Lagos, the capital of Nigeria, is on course to become the most populous city by 2075. The study states that 81 per cent of the projected 477 million people in Nigeria would be exposed to extreme temperatures.

Europe would be the only continent that would not witness annual mean temperatures of more than 29°C but parts of Scandinavia, eastern Russia and countries along the Mediterranean will experience a rise in temperatures.

Already under scrutiny because of refugees flocking from war-torn countries, it remains to be seen how global warming would affect Europe in terms of migration. 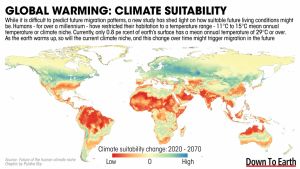 While the fallouts from global warming can be many, such as rising temperatures and migration, another case in point the study observes is food security.

Climate change has already created a scenario where heat and humidity have become too severe for humans to tolerate.

THE CONTEXT:  Assam’s forest department is planning to collar at least five elephants in high-conflict habitats in collaboration with NGO World Wildlife Fund (WWF)-India. The joint initiative is being described as a step to study and mitigate human-elephant conflict in the state 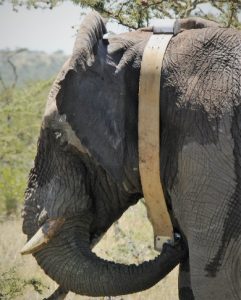 What is radio collars?

What is the plan in Assam? 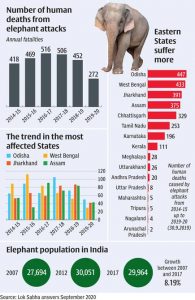 How bad is human-elephant conflict in Assam?

a) assessing the carbon footprint of building operations around the world.

b) enabling commercial farming entities around the world to enter carbon emission trading.

c) enabling governments to assess the overall carbon footprint caused by their countries.

d) assessing the overall carbon footprint caused by the use of fossil fuels by the world in a unit of time.