IS INDIA A FAILING STATE? A COMPARISON WITH EMERGING ECONOMIES.

THE CONTEXT: India is facing a severe pandemic in its independence era. During the Second Wave of the covid-19 Pandemic, the situation has become more worsen. During this time many experts and other intellectuals claimed that India was completely failed to address the crisis that occurred by the Pandemic. Moreover, many experts believe that India is a failed state and it was totally failed to secure its citizen during that pandemic. In this article, we will analyse that Is India a failing state? Or Is India a really failed state?

WHY DOES INDIA FAIL TO ADDRESS THE SECOND WAVE EFFECTIVELY?

There are mainly ten reasons for the dire situation:

The above explanation shows that the second wave in India was a total failure of health services, administration and in term of governance at the centre, state, district level.

IS INDIA A FAILED STATE? AN ANALYSIS

WHAT IS A FAILED STATE?

India has improved steadily over the past 30 years. India’s progress on these fronts has been, in general, superior to other large Emerging Markets (EMs) and to India’s immediate neighbours. If we compare India with emerging markets (China, Russia, and Brazil) and neighbouring countries (Sri Lanka, Bangladesh, and Pakistan), we can easily assume that India has done very well in many fields.. 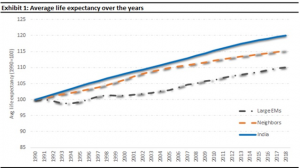 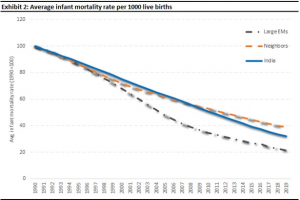 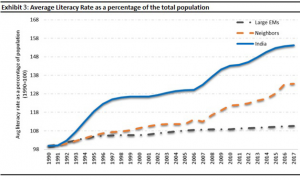 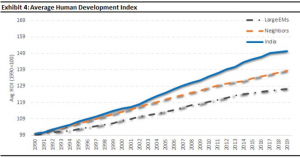 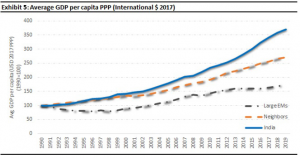 WHAT SHOULD BE DONE TO ADDRESS THE THIRD WAVE OR OTHER SECOND WAVE-LIKE SITUATIONS IN FUTURE?

CONCLUSION: Looking at the above analysis shows that it will not be fair to say that India is a failed or failing state. While India has lost a lot to COVID 19 in 2020 and 2021, one must not forget that it has achieved a lot in the last 7 decades.