THE CONTEXT: Recently, the apex court said , every person in India can be a minority in one State or the other. Minority status of religious and linguistic communities is “State-dependent”.

Who are the minorities who have been notified by the Indian government?

EXPLAINED: HOW CHIEF MINISTERS’ FOREIGN TRIPS ARE CLEARED, AND BY WHOM

THE CONTEXT: Delhi Chief Minister has questioned why the Centre has delayed the clearance of his trip to Singapore, where he has been invited to attend a World Cities Summit scheduled from July 31- August 3.

In October 2019, the Centre had not given him the approval to attend another conference abroad, which he eventually addressed through videoconferencing.

What clearance do Chief Ministers require to travel abroad?

They have to inform the Cabinet Secretariat, which stated in a circular on May 6, 2015: “The Cabinet Secretariat and the Ministry of External Affairs should be kept informed of the proposed foreign visit, either official or private, of Chief Ministers and Ministers of State Governments/Union Territories. However, prior political clearance and FCRA (Foreign Contribution Regulation Act) clearance are mandatory.” In case of Chief Ministers and Ministers of state governments, a copy of the application must also be sent to the Secretary, Department of Economic Affairs (DEA).

What is political clearance?

This comes from the Ministry of External Affairs (MEA). This is required not only for public servants but any government servant for a foreign trip. The MEA gets hundreds of requests for political clearance every month from ministries, secretaries, bureaucrats and other officials.

WHAT IS THE MARBURG VIRUS, THE EBOLA-LIKE OUTBREAK NOW CONFIRMED IN GHANA?

THE CONTEXT: The first two cases of the Marburg virus, a highly infectious Ebola-like disease, have been confirmed officially by Ghana after test results were verified by a Senegal laboratory.

What is the Marburg virus disease?

What are the symptoms of Marburg virus disease?

How can Marburg virus disease be diagnosed and treated?

It is difficult to clinically distinguish MVD from diseases such as malaria, typhoid fever and other viral haemorrhagic fevers. However, it is confirmed by lab testing of samples, which like Coronavirus and Ebola are extreme biohazard risks.

THE SHANGHAI COOPERATION ORGANISATION AND ITS STATURE IN THE MODERN WORLD

THE CONTEXT: Iran and Belarus could soon become the newest members of the China and Russia-backed Shanghai Cooperation Organisation (SCO). “In the Samarkand summit [in September], we expect the leadership to adopt a document on the obligations Iran must fulfil to gain membership.

What is the SCO? 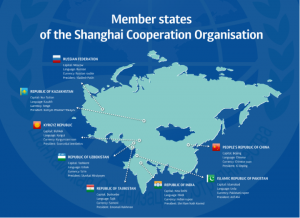 How is this relevant to India?

What is the organisational structure?

Is it about countering the West?

THE PAKISTAN AND IMF TALKS: WHAT LIES AHEAD?

THE CONTEXT: Recently, the staff-level talks between Pakistan and the International Monetary Fund (IMF) concluded for the seventh and eighth review under Extended Fund Facility (EFF). The talks were originally aimed at releasing a tranche of $900 million.

Finally, the IMF team reached an understanding with Pakistan to release $1.17 billion, subject to the board’s approval. This brings the total disbursement under the current EFF to $4.2 billion so far, to support policy actions under FY 2023 budget, power sector reforms, and monetary policy to restrain inflation. The latest IMF press release maintains it would consider an extension of the current EFF to end June 2023 and augment the fund amount to $7 billion.

What was the Extended Fund Facility (EFF), and why did the talks take longer to conclude?

How important is the IMF support to Pakistan?

Why have the Pakistan-IMF relations remained complicated? Will the new government be able to improve the trust deficit?

What lies ahead for Pakistan and the IMF?

Q. Consider the following statements in respect of Bharat Ratna and Padma Awards

Which of the above statements are not correct?