1.THE DEMAND FOR ‘TRIBAL’ STATUS FOR HIMACHAL’S TRANS-GIRI AND ITS HATTI COMMUNITY

THE CONTEXT: The Centre is reported to be considering granting “tribal” status to the Trans-Giri region of Himachal Pradesh’s Sirmaur district. The reported proposal, if followed through, would mark a movement away from the government’s earlier position on the matter.

The demand to declare Trans-Giri a tribal area is old — and is tied up with the demand for Scheduled Tribe (ST) status for the Hatti community which lives in the area.

The community and the land

What are the benefits for being accorded as Scheduled Tribe?

Who has the power to declare a community/Tribes as Scheduled Tribe?

2.A MAJOR INDIA-AFRICA CONCLAVE IS TAKING PLACE IN NEW DELHI — WHY IS IT IMPORTANT?

This year’s conclave focuses on infrastructure development and trade finance, education and training, agriculture and food processing, consultancy services, and healthcare in addition to other areas where Indian companies have steadily increased their presence over the years in Africa.

Duty Free Tariff Preference (DFTP) is a unilateral non-reciprocal preferential tariff scheme provided by the Government of India for the least developed countries (LDCs). The scheme was officially introduced on 13 August 2008.

3.WHY DO PEOPLE GIVE UP THEIR INDIAN CITIZENSHIP, AND WHERE DO THEY GO?

THE CONTEXT: Answering to an unstarred question in Lok Sabha (Monsoon session 2022) the Ministry of Home Affairs stated that over 1.6 lakh Indians relinquished their Indian citizenship in 2021.

Why do people renounce citizenship?

Why do people choose certain specific countries when they leave India?

THE CONTEXT: The Indian rupee breached the psychologically significant exchange rate level of 80 to a US dollar in early trade on Tuesday. It recovered some ground to close at 79.90.

Since the war in Ukraine began, and crude oil prices started going up, the rupee has steadily lost value against the dollar. There are growing concerns about how a weaker rupee affects the broader economy and what challenges it presents to policymakers, especially since India is already grappling with high inflation and weak growth.

What is the rupee exchange rate? 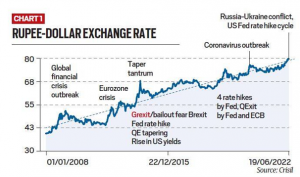 How bad is it for the rupee?

Why are the rupee-dollar exchange rate and forex reserves falling? 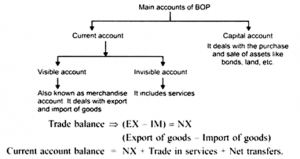 What will be the effect on the economy?

5.WHAT IS THAT NOODLE TANGLE ON MARS?

THE CONTEXT: Recently, NASA’s Perseverance Rover has beamed back from Mars a picture of a “strange tangle” — an object that looks like a partially uncoiled ball of string or, in the imagination of some, a rather long and thin noodle.

Why is the picture odd?

For obvious reasons — unless you don’t have difficulty imagining the existence of Martians who both love and litter their spaghetti. NASA has said nothing officially about what the object might be, or how it got in the frame of Perseverance’s HazCam.

And why it probably isn’t…

Why is this mission significant?

These are some of the key mission objectives:

THE CONTEXT: Recently, the Economist and Nobel laureate Michael R Kremer has said that for a diverse country like India randomised controlled trials (RCTs) must be carried out at multiple sites for better analysis and to see differences across states.

What is RCT (Randomised Controlled Trials)?

What did the noble citation say of the trio’s work?

“The research conducted by this year’s laureates has considerably improved our ability to fight global poverty…Their new experiment-based approach has transformed development economics.”

What is an example of randomised controlled trials?

Aim of a study: To understand whether a free grains distribution scheme helped improve the nutrition levels among people living in a district.

Objective: To understand what the overall impact of introducing something new could be.

What has been one successful example of RCTs application?

Why are RTCs criticised?

However, many agree that for a limited purpose RCTs have helped to tweak systems and improve outcomes.

Q.Consider the following statements in the context of Randomised Controlled Trials (RCT):