THE CONTEXT: Union Minister of Home Affairs released the Good Governance Index 2021 prepared by the Department of Administrative Reforms and Public Grievances (DARPG) on 25 December 2021 which is celebrated as Good Governance Day.

What is the Good Governance Index (GGI)? 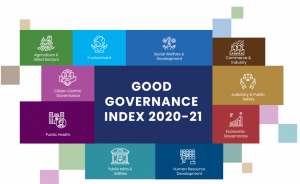 With a “Citizen-Centric Administration” approach at the heart of the government’s Governance Model – this year, 20 States have improved their composite GGI scores over the GGI 2019 index scores.

Analysis of the Index: 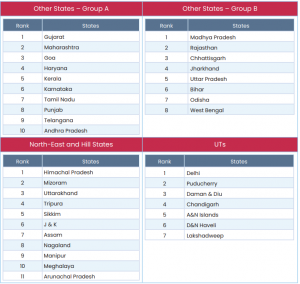 This GGI 2021 indicates that overall governance in the States of India is moving in a positive direction. The end results of these rankings are to improve citizen services and make the government inclusive and accountable.

THE CONTEXT: India has imposed anti-dumping duty on five Chinese products, including certain aluminium goods and some chemicals, for five years to guard local manufacturers from cheap imports from the neighbouring country.

What is anti-dumping duty?

How is it different from Counter Vailing Duty?

THE CONTEXT: According to World Economic League Table report released by british consultancy CEBR predicted that China will become the world’s top economy in dollar terms in 2030, two years later than forecast in 2020. 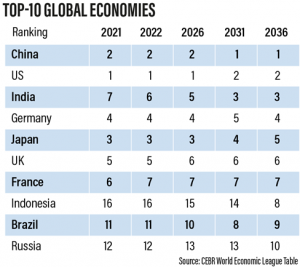 What is the current state of Indian economy? 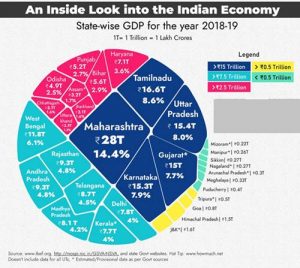 JWST is an engineering marvel comparable to the earth-based Event Horizon Telescope that produced the photograph of the black hole, or the LIGO that detected the gravitational waves. It is widely expected to unveil many secrets of the universe, particularly those related to the formation of stars and galaxies in the early period — the first few hundred million years — after the Big Bang.

Objectives and functions of the telescope:

Where it is placed?

The James Webb Space Telescope will not be in orbit around the Earth, like the Hubble Space Telescope is – it will actually orbit the Sun, 1.5 million kilometres (1 million miles) away from the Earth at what is called the second Lagrange point or L2. 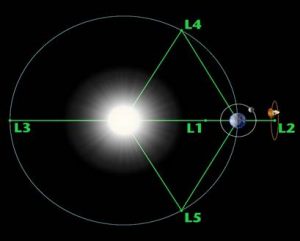 THE CONTEXT: Researchers at Karolinska Institute in Sweden have found that negative smells associated with unpleasantness or unease are processed earlier than positive smells and trigger a physical avoidance response. 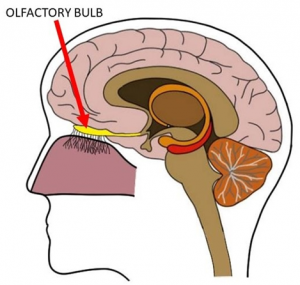 What are Olfactory Bulbs?

A rounded mass of tissue that contains several types of nerve cells that are involved in the sense of smell. The olfactory bulbs receive information about smells from the nose and send it to the brain by way of the olfactory tracts.

THE CONTEXT: Telangana stood first in the implementation of the Shyama Prasad Mukherji Rurban Mission (SPMRM) that was launched in 2016, to stimulate local economic development, enhance basic services and create well planned clusters.

“The establishment of a bulk milk chilling unit at Narayanakhed had benefited about 3,500 farmers, income ranging between ₹50,000 and ₹2.5 lakh per annum, depending on the number of milch animals. A plastic waste treatment unit and millet processing unit are also coming up at Ryakal cluster,”

The objective of the National Rurban Mission (NRuM) is to stimulate local economic development, enhance basic services, and create well planned Rurban clusters. It is established in 2016 as a centrally sponsored scheme, and it comes under the Ministry of Rural Development.

A ‘Rurban cluster’, would be a cluster of geographically contiguous villages with a population of about 25000 to 50000 in plain and coastal areas and with a population of 5000 to 15000 in desert, hilly or tribal areas. As far as practicable, clusters of villages would follow administrative convergence units of Gram Panchayats and shall be within a single block/tehsil for administrative convenience.

Q1. ‘Triclosan’, considered harmful when exposed to high levels for a long time, is most likely present in which of the following?