THE CONTEXT: Maharashtra is the second state in India after Andhra Pradesh to approve the death penalty for heinous offences of rapes and gang-rapes, with the Maharashtra Assembly unanimously passing the Shakti Criminal Laws (Maharashtra Amendment) Bill.

Add to your Knowledge: 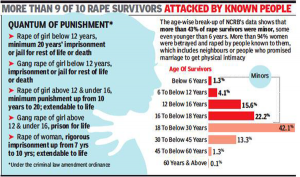 THE CONTEXT: South Korea has become the 10th country outside of Europe to join the European Union (EU) law enforcement cooperation agency that fights terrorism and other international crimes.

Europol is the European Union’s law enforcement agency. Their main goal is to achieve a safer Europe for the benefit of all the EU citizens. It is established in 1992 and its headquarter is in The Hague, the Netherlands, we support the 27 EU Member States in their fight against terrorism, cybercrime and other serious and organized forms of crime.

Large-scale criminal and terrorist networks pose a significant threat to the internal security of the EU and to the safety and livelihood of its people. The biggest security threats come from:

The networks behind the crimes in each of these areas are quick to seize new opportunities, and they are resilient in the face of traditional law enforcement measures.

However, EUROPOL has no executive powers. The officials of EUROPOL cannot arrest the suspects without prior approval from competent authorities.

Under the agreement, police can now exchange information on crime and cooperate with member states of EUROPOL 17 European and nine non-European countries as well as international organizations and research institutes collaborating with the agency.

Who are the other 9 Non- EU members?

In the year 2020, India-EU Strategic Partnership: A Roadmap to 2025 was held, during the summit between India and the EU talked about implementing a working arrangement between Europol and the Central Bureau of Investigation (CBI).

3. THE WORLD’S LEGGIEST ANIMAL HAS BEEN DISCOVERED IN AUSTRALIA

THE CONTEXT: The eyeless, subterranean creature with 1,306 legs discovered 60 meters underground is the first ‘true millipede’. 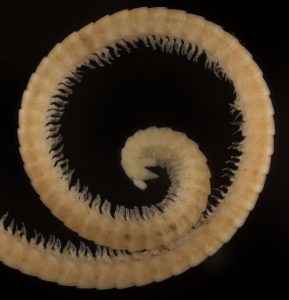 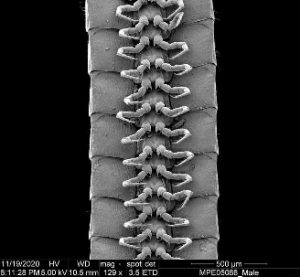 THE CONTEXT: Scientists have resumed tagging of Olive Ridley turtles at Rushikulya rookery along the Odisha coast, which would help them identify the migration path and places visited by the marine reptiles after congregation and nesting. 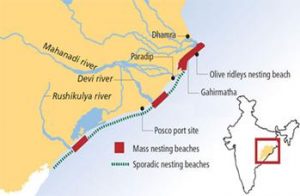 Developed by: The application has been developed by the Indian Turtle Conservation Action Network(ITCAN) in collaboration with the Turtle Survival Alliance-India and Wildlife Conservation Society-India. 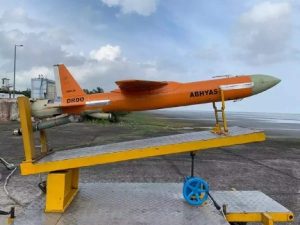 1. Who among the following are eligible beneficiaries under Pradhan Mantri Ujjwala Yojana(PMUY)?

d) All of them