THE CONTEXT: The third Annual Defence Dialogue between India and France took place between Defence Minister and his French counterpart in New Delhi. A wide range of bilateral, regional, defence and defence industrial cooperation issues were discussed in the annual meeting.

France’s resolve to expand strategic cooperation with India came nearly two months after the unveiling of a new security alliance (AUKUS) by Australia, the UK and the US that had infuriated the French government.

2. IMD HAS PREDICTED A COLD WAVE IN NORTHWEST INDIA

THE CONTEXT: The India Meteorological Department (IMD) has predicted a cold wave in parts of Punjab, Haryana, Chandigarh, Gujarat, Rajasthan, and Uttar Pradesh from mid-December 2021.

What is a cold wave?

The IMD defines a cold wave qualitatively as “a condition of air temperature which becomes fatal to the human body when exposed.”

Why do cold waves occur?

How is it measured?

THE CONTEXT: Recently, Arctic Report Card was published by the Arctic Program of the National Oceanic and Atmospheric Administration where it stated that “the COVID-19 pandemic has exacerbated existing challenges for Alaska natives in accessing traditional foods”. 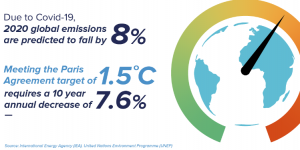 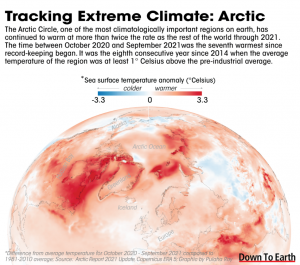 What is the Arctic Council? 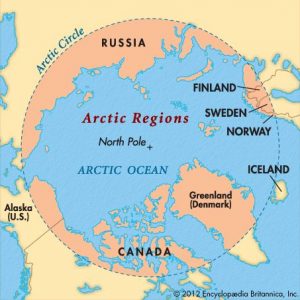 THE CONTEXT: The launch of the US-India Climate and Clean Energy Agenda 2030 partnership in April 2021 reiterated the commitment of both nations to work together to achieve their ambitious climate and clean energy targets and to strengthen bilateral collaborations.

What is the need?

ADD TO YOUR KNOWLEDGE

The US’s special envoy for climate action, visited India in April 2021 to discuss climate finance and action under the bilateral Climate and Clean Energy Agenda 2030Partnership. The partnership, launched in April 2021, aims to provide financial and technological support to India to meet its Paris Agreement goals on transitioning to renewable energy by 2030