THE INDIAN HISTORY, ART AND CULTURE

1. THE CHALCOLITHIC CULTURES OF CENTRAL INDIA

THE CONTEXT:According to the Ministry of Culture, the Chalcolithic cultures of Central India are adequately investigated and studied. Much of their aspects are sufficiently researched and analyzed.

During field season 2021-22, ASI has received proposals for excavations at the sites of Chalcolithic affiliations at Eran, district Sagar and at Tewar, district Jabalpur of Madhya Pradesh. 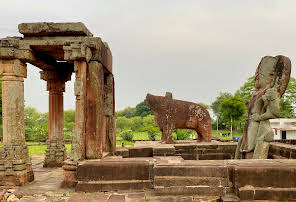 Excavation at Eran during 2020-21: Eran (ancient Airikina) is situated on the left bank of the Bina (ancient Venva) river and surrounded by it on three sides. Eran is located 75 km north-west from Sagar district headquarter.

The term Chalcolithic is a combination of two words- Chalco+Lithic is an archaeological period that is usually considered to be part of the broader Neolithic (although it was originally defined as a transition between the Neolithic and the Bronze Age).

(a) People of Chalcolithic Age survived on hunting, fishing, and farming

(b) Hunting was one of the important occupations

(c) Animals such as sheep, buffalo, goat, cattle, and pig were reared and killed for food

(d) Remains of camels are also found. People ate beef but no traces of eating pork are found

(a) Metals such as copper and its alloys were used to make knives, axes, fishing hooks, chisels, pins, and rods

(a) Use of bricks was extensive during the Chalcolithic people of Harappa but there are no traces of burnt (baked) bricks.

(b) The planning of the houses was simple which was either rectangular or circular.

(c) The walls of houses were made from mud and plastered with cow dung and lime.

(d) The houses mostly had only one room, but sometimes multi-roomed houses were also seen.

(e) For influential people, large mud houses with 5 rooms, 4 rectangular and 1 circular in centre of the settlement are found.

(f) In inamgaon, ovens and circular pit houses are found.

THE CONTEXT: The country commemorated 50 years of the decisive victory in the 1971 Liberation War of Bangladesh, which also changed the geography of South Asia. 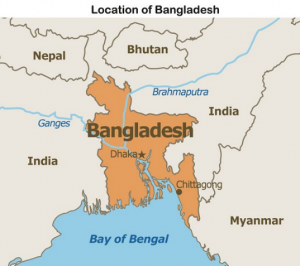 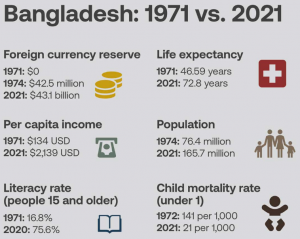 THE CONTEXT: Natural disasters such as cyclones and floods have increased in the country and the Arsenic in groundwater beyond the permissible limit has been encountered in three districts in Punjab.

According to the data available with Central Ground Water Board, As of December 13, 2021, 36,873 rural habitations were reported to have quality issues in drinking water sources.

Arsenic in groundwater beyond the permissible limit has been encountered in three districts in Punjab, particularly in Malwa belt Mansa, Faridkot and Sangrur;

India has 1,175 large dams (including one dam of Punjab, Nangal dam) more than 50 years old (constructed in or before 1971), according to the National Register of Large Dams (2019) maintained by the Central Water Commission.

The country has 227 large dams having more than 100 years of service life (constructed in or before 1921).

According to the Ministry of Jal Shakthi, the works related to the enumeration of water bodies, their protection from encroachment or diversion for use for other purposes, comes under the purview of the state government concerned. However, from time to time, the Union Ministry of Jal Shakti conducts census of minor irrigation schemes in the country, which captures data regarding water bodies in rural areas associated with irrigation.

There are 516,303 water bodies in the rural areas of the country being used for minor irrigation purposes, out of which 53,396 are not in use for various reasons such as non-availability of water, siltation, salinity, etc.

Why is there a minimum age of marriage?

Why has the government decided to re-examine the age of marriage?

What is the Jaya Jaitly committee?

What did the committee recommend?

THE CONTEXT: According to the report, there are currently 488 media professionals imprisoned around the world,the highest number since Reporters Without Borders began counting more than 25 years ago. 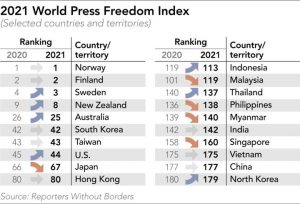 THE CONTEXT: Researchers from Mishmi hills of Arunachal Pradesh sighted a rare species of Butterfly, which is first documented in 20 years ago.

Since the Huang’s Mystic Lethe wui Huang has not been reported in India until now, it is not safeguarded by the country’s Wildlife (Protection) Act unlike several other species of butterflies.

Q1. Minimum Support Prices (MSP) for agricultural products comes under which of the following box of WTO?

Q2. In the context of the WTO, the subsidies tied to programmes that limit production are known as-