According to the Government, the nation is faced with the triple menace of corruption, black money and international crime that is linked to drug trafficking, terrorism and criminal offences and all these are a threat to the security and financial structure of the country.

The CBI figures in the Union List of the Seventh Schedule of the constitution of India. Sl. No. 8 of this List reads: “Central Bureau of Intelligence and Investigation.”

About the CBI Director and his appointment:

Composition: Besides directly recruiting personnel, the Directorate also draws officers from different Investigating Agencies, viz., Customs & Central Excise, Income Tax, Police, etc. on deputation. Now the tenure of the director of the Enforcement Directorate is up to a maximum of 5 years.

India was the only other country in the 15-member group to vote against the move. One of the objectives of the debate was to examine how terrorism and security risks could be linked to climate change, as per a concept note circulated by Niger.

What was the proposal? 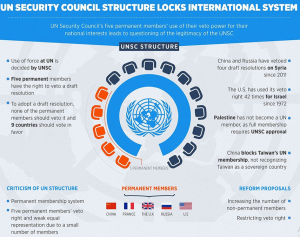 THE CONTEXT: The Centre used a competitive process to select 100 cities for upgradation with significant investments through the Smart Cities Mission (SCM) launched on June 25, 2015.

THE STATUS OF THE SMART CITIES MISSION:

How far have smart cities progressed?

The Urban Affairs Ministry says that as of November 12, 2021, a total of 6,452 projects at a cost of ₹1,84,998 crore had been tendered. In terms of work progress, 5,809 projects worth ₹1,56,571 crore were under implementation or had been completed, it says, although it is not clear how many were completed. 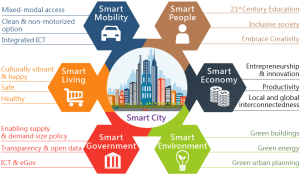 What challenges are faced by smart city plans?

THE CONTEXT: Wholesale inflation, based on the Wholesale Price Index, jumped to 14.23 per cent in November from 12.54 per cent in October 2021 (on a year-on-year basis), primarily due to a rise in food prices especially of vegetables, and minerals and petroleum products, data released by the Ministry of Commerce & Industry. 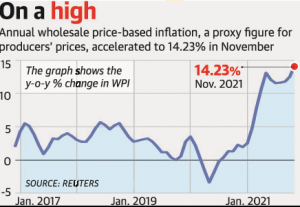 Factors behind the uptick 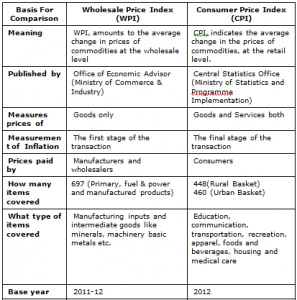 Who can be its members?

THE CONTEXT: According to the Ministry of Home Affairs, 11 States and one Union Territory have boundary disputes between them. It added that “occasional protests and incidents of violence are reported from some of the disputed border areas”. 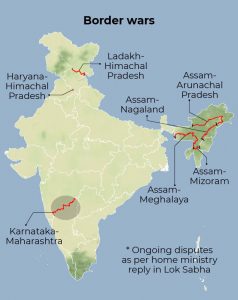 “There are boundary disputes arising out of demarcation of boundaries and claims and counter-claims over territories between Andhra Pradesh-Odisha, Haryana-Himachal Pradesh, Union Territories of Ladakh-Himachal Pradesh, Maharashtra-Karnataka, Assam-Arunachal Pradesh, Assam-Nagaland, Assam-Meghalaya, Assam-Mizoram”.

Mizoram borders Assam’s Barak Valley, and both border Bangladesh. The boundary between the two states, which runs 165 km today, has a history dating back to the time when Mizoram was a district of Assam and known as Lushai Hills. Boundary demarcations in 1875 and 1933, particularly the second one, are at the heart of the dispute.

The 1875 demarcation, notified on August 20 that year, derived from the Bengal Eastern Frontier Regulation (BEFR) Act, 1873. It differentiated Lushai Hills from the plains of Cachar in Assam’s Barak Valley. This was done in consultation with Mizo chiefs, and it became the basis for the Inner Line Reserve Forest demarcation in the Gazette.

The boundary issue between Assam and Arunachal is as ancient as the reign of the Ahom Kings who ruled Assam till the British annexed Assam in 1826. Encroachments by residents across the 804-km border that Assam shares with Arunachal Pradesh have led to rising tensions occasionally. A suit has been pending in Supreme Court since 1989 on the issue. Border Roads Organisation has marked Kim in Arunachal Pradesh as part of Assam by mistake.

Assam and Nagaland share a 434-km border and the disputes relate to 66000 Sq Km of land mostly along the Sivasagar district of Assam. The two states have been disputing their shared border ever since Nagaland was carved out of Assam’s Naga Hills district. While Assam wants the status quo and sticks to the border decision taken on December 1, 1963, Nagaland demands all Naga territories be transferred to the state. Claiming that all Naga territories belong to them, Nagaland wants restoration of land-based on a 16-point agreement of 1960, which led to the creation of the state.

Meghalaya shares its internal border only with Assam and there are disputes along the 733 km border at 12 places. The border row between both States started with the formation of states under the North-Eastern Areas (Reorganisation) Act, 1971. As per the Act, Blocks I and II of the Mikir Hills—presently, the Karbi Anglong district—were granted to Assam. Meghalaya claims that both these blocks were part of the erstwhile United Khasi and Jaintia Hills when it was created in 1835.

Himachal Pradesh has an inter-state boundary dispute at Parwanoo with Haryana. Haryana also claims that a large area of the land bordering Himachal in Parwanoo belongs to them and has asked the Survey of India to demarcate the land. Haryana blames that Himachal does not accept joint forest demarcations. A Survey of India had recently reported that Himachal Pradesh encroached upon some land at Parwanoo that belongs to Haryana.

Sarchu, situated at an elevation of 4,290 metres on the Leh-Manali highway, is a disputed territory between Ladakh and Himachal Pradesh.

Maharashtra is claiming Marathi-speaking regions consisting of more than 800 villages of Belgaum, Karwar and Nippani that were included in Karnataka. Belgaum district in Karnataka, which has both Kannada and Marathi speakers, was added to Karnataka in 1956 when states were reorganised on a linguistic basis. As part of the Bombay Presidency in British India, Belgaum was under Bombay state. Karnataka says that some of its Kannada-majority villages had been included in Maharashtra.

The border dispute between Andhra Pradesh and Odisha over the contentious Kotia Gram Panchayat in the Koraput district. The Kotia Gram Panchayat has 28 revenue villages; Odisha mistakenly did not survey 21 villages during its formation in 1936. At the time of the creation of Andhra Pradesh in the year 1955, those 21 villages were also not surveyed by Andhra resulting in a perpetual dispute over these bordering villages.