1. THE CHINESE PROJECT AT BALOCHISTAN PORT

THE CONTEXT: Amid continuous protests in Gwadar, Balochistan against mega development plans of the port city as part of the China-Pakistan Economic Corridor. Despite the severe conservatism of Balochistan, women protesters have come out in large numbers. 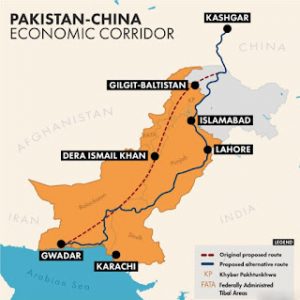 India has been concerned that Gwadar, which gives China strategic access to the Arabian Sea and the Indian Ocean, is not just being developed as a trade entrepot but as a dual-purpose port for use by PLAN (the Chinese Navy) and is intended to expand Chinese presence in the Indian Ocean Region alongside Kyaukpyu in Myanmar and Hambantota in Sri Lanka. With vital military interests in West Asia, the US too is concerned about the Chinese presence in Gwadar.

2. THE DECLINE OF DRAGONFLY POPULATION

THE CONTEXT: According to the update of the IUCN Red List of Threatened Species, the number of species is at risk of extinction on the Red List has exceeded 40,000 for the first time. The destruction of wetlands is leading to the decline of dragonflies worldwide. 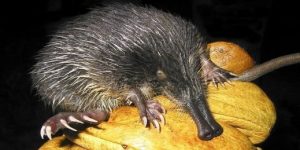 3. THE RADIOACTIVE POLLUTION IN WATER

THE CONTEXT:  Radioactive pollution of water is newly emerging but is of grave concern for water pollution and human health. Recently, radioactive contamination and associated health impacts have been reported in many parts of the globe.

What is Radioactive Pollution?

Radioactivity is measured in Becquerel (SI unit) or in Curie. Energy absorbed per unit mass is measured by Gray, while the unit Sievert measures the quantity of radiation absorbed by human tissues.

The harmful impacts of nuclear radiation are:

Nowadays, proper analysis and monitoring of radioactive pollutants are also required for a safe water supply. Prevention and precaution measures can check the anthropogenic sources of radioactive contamination in water resources.

4. WORLD’S COLDEST REGIONS HAVE BEEN ON FIRE

THE CONTEXT: According to the European Union’s Copernicus Atmosphere Monitoring Service, some of the coldest regions of the world have been on fire in 2021, some even through the winter months, indicating an influence of a changing climate. Wildfires around the world emitted 1.76 billion tonnes of carbon in 2021 (till November 30, 2021 ).

THE CONTEXT: NASA launched a new mission named Imaging X-ray Polarimetry Explorer or IXPE. Onboard SpaceX’s Falcon 9 rocket, it was sent to its orbit from NASA’s Kennedy Space Center in Florida.

What are the instruments onboard?

Why is it important?

According to NASA, IXPE’s polarization measurements will help scientists answer questions such as:

THE CONTEXT:  India Skills Report 2022 was released by Wheebox, a talent assessment platform, with AICTE, Association of Indian Universities, Confederation of Indian Industries, and other agencies.

Analysis of the report:

Which of the statements are correct?