THE CONTEXT: Agriculture exports excluding allied products (Marine, Meat etc.) have set a record in 2020-21 with total Agri export of Rs. 213513.38 Crore which has been highest since last two decades.

According to the Ministry of Agriculture and Farmer’s Welfare, the  Government has taken various steps to modernize agriculture for sustainable growth in the agriculture sector. Some of the interventions in this direction are:

The top 10 agriculture commodities which are in demand in the international market are Rice (other than basmati), rice-basmati, spices, sugar, cotton, oil-meals, castor oil, fresh fruits, tea and fresh vegetables.

THE CONTEXT: According to the Ministry of Agriculture and Farmer’s Welfare, the Per Drop More Crop Component of the Pradhan Mantri Krishi Sinchayee Yojana (PMKSY-PDMC) scheme is operational in the country from 2015-16 which focuses on enhancing water use efficiency at the farm level through Micro Irrigation (MI). THE CONTEXT: According to the Ministry of Home Affairs, the Centre approved Rs 3856.70 crore under the Nirbhaya Fund for projects for women safety in 2021

What is Nirbhaya Fund?

Post-2012, Nirbhaya Gang rape case, a dedicated fund was set up in 2013 with the focus on implementing the initiatives aimed at improving the security and safety of women in India. The fund was called “Nirbhaya Fund”, Nirbhaya meaning fearless, the pseudonym given to the gang-rape victim to conceal her identity.

The government’s contribution towards the non-lapsable corpus fund was Rs. 1000 crores.

Nodal agency:  Department of Economic Affairs under the Ministry of Finance is responsible for the administration of the fund. While the Women and Child Development Ministry is the nodal agency for expenditure from the Nirbhaya Fund. It is involved in appraising, reviewing, and monitoring the progress of those schemes sanctioned under the Nirbhaya Fund. Earlier, it was the one releasing the funds but now it examines the programs submitted to it by the states under the Nirbhaya scheme, approves them and recommends to the Department of Economic affairs for allocating funds.

Under the Nirbhaya Fund, the Centre gives money to the states, which in turn spend it on programs meant for ensuring women’s safety.

Considering the need to have a schematic intervention and a complete mechanism for providing support to the women in distress, three schemes are being implemented by the Ministry of Women and Child Development under the Nirbhaya Fund.

Keeping in mind the need to have schematic interventions and a proper mechanism for handholding of women in distress, 3 schemes have been implemented by the Ministry of Women and Child Development

Schemes being implemented by the Ministry of Home Affairs are as follows:

It aims at creating awareness among the representatives of the public, different agencies of the government, scientists, industry and the communities on the threat posed by climate change and the steps to counter it. There are 8 National Missions.

THE CONTEXT: The European Commission announced a plan to mobilise €300 billion ($340 billion) in public and private infrastructure investment around the world, a move seen as a response to China’s Belt and Road strategy. THE CONTEXT: An international team of researchers has discovered a new marine reptile. The specimen, a metre-long skull, has been named Kyhytysuka sachicarum. 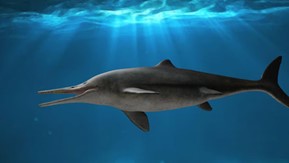 THE CONTEXT: According to the Indian Meteorological Department (IMD) the country saw 645 events of heavy rainfall and 168 events of very heavy rainfall in November 2021 the highest in the month in five years.

What is a Retreating Monsoon?

During the months of October-November, the south-west monsoon winds become weaker and start to retreat from the skies

of North India. This phase of the monsoon is known as the retreating monsoon.

The retreating monsoon brings rainfall in an uneven amount to different places across India. Some  places receive heavy rainfall and places that witness scanty rainfall.

THE CONTEXT: According to the Union Ministry of Environment, Forest and Climate Change (MoEFCC), a whopping 1,160 elephants were killed in the country for reasons other than natural causes in the 10 years up to December 31, 2020. THE CONTEXT: The butterfly survey was conducted by the Kerala Forest Department and the Travancore Nature History Society (TNHS). THE CONTEXT: The Ministry of Social Justice and Empowerment has formulated a scheme “SMILE – Support for Marginalized Individuals for Livelihood and Enterprise”, which includes sub-scheme – “Comprehensive Rehabilitation of persons engaged in the act of Begging”.

The scheme covers several comprehensive measures including welfare measures for persons, who are engaged in the act of begging. The focus of the scheme is extensively on rehabilitation, provision of medical facilities, counselling, basic documentation, education, skill development, economic linkages and so on.

About Support for Marginalized Individuals for Livelihood & Enterprise (SMILE)

Q1. Which one of the following effects of the creation of black money in India has been the main cause of worry to the Government of India?

a) Diversion of resources to the purchase of real estate and investment in luxury housing.

b) Investment in unproductive activities and purchase of precious stones, jewellery, gold etc.

c) Large donations to political parties and growth of regionalism.

d) Loss of revenue to the state Exchequer due to tax evasion.