THE CONTEXT: The Chhattisgarh government has formulated draft rules under PESA Act, 1996, terming it the Chhattisgarh Panchayat Provisions (Extension of the Scheduled) Rules, 2021.

What is the PESA Act, 1996? Why are its rules being formed in the state now?

The state governments are supposed to enact state laws for their Scheduled Areas in consonance with this national law. This has resulted in the partially implemented PESA. 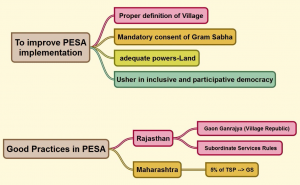 THE CONTEXT: International Institute for Democracy and Electoral Assistance recently released the Global State of Democracy Report, 2021, where it highlighted the number of countries moving towards authoritarianism in 2020 was higher than that of countries going in the other direction, towards democracy. 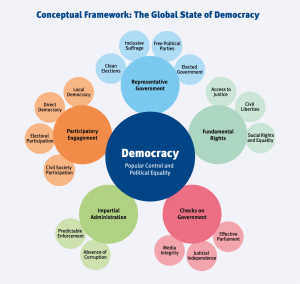 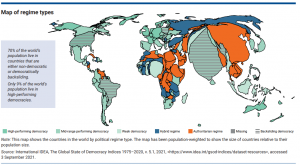 Drivers of the Democratic Decline

To curb rising authoritarianism and reverse this course, International IDEA calls for a global alliance for the advancement of democracy through a three-point agenda:

DELIVER: Government institutions, in close consultation with civil society, must take the lead in recrafting social contracts. These contracts should be the result of inclusive societal deliberation that sheds light on the gaps between what people require to meet their aspirations and what governments can currently provide.

REBUILD: Government institutions, political parties, electoral management bodies (EMBs) and media should reform democratic institutions, processes, relationships and behaviors so that they are better able to cope with the challenges of the 21st century. They should update practices in established democracies, build democratic capacity in new democracies, and protect electoral integrity, fundamental freedoms and rights, and the checks and balances essential to thriving and resilient democratic systems.

PREVENT: Government institutions, along with civil society and the media, must prevent rising authoritarianism and democratic backsliding by investing in democracy education at all levels of schooling, by buttressing the pillars of democracy that ensure accountability, including broad participation and access to information, and by actively learning from other countries’ experiences in fighting disinformation, building democratic cultures and strengthening democratic guardrails.

What is Man Made Fibre? 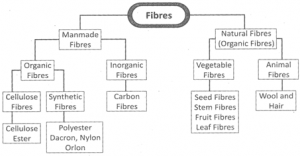 How is the textile market of India?

What steps have been taken to push the textile sector?

Connect the Dots: PLI scheme for textiles – Focussing on MMF and technical textiles was announced involving incentives worth Rs.10,683 crore.

THE CONTEXT: President of El Salvador announced that El Salvador is the only country to recognise Bitcoin as a legal tender, is planning to build an entire city based on the largest cryptocurrency Bitcoin. 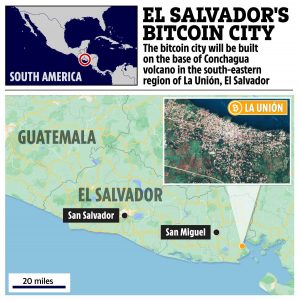 What is Bitcoin city? How will Salvadoran’s benefit?

Blockchain is a system of recording information in a way that makes it difficult or impossible to change, hack, or cheat the system. A blockchain is essentially a 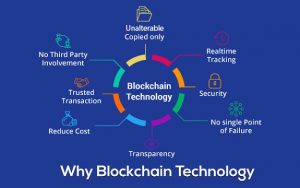 digital ledger of transactions that is duplicated and distributed across the entire network of computer systems on the blockchain.

Currently, cryptocurrencies are under no regulation in India, which makes it a grey area for Indian investors. The central government had formed the inter-ministerial panel on cryptocurrency to examine the issues related to digital currencies. However, virtual currencies issued by the state may be allowed.

The RBI has repeatedly reiterated its strong views against cryptocurrencies since it gained popularity in India following a sudden boom in Bitcoin prices. The central bank’s argument is that cryptocurrencies pose serious threats to the macroeconomic and financial stability of the country. The RBI also doubted the number of investors trading on them as well their claimed market value.

THE CONTEXT: State-level environmental impact assessment committee in Uttar Pradesh (UP) has given Environmental Clearance (EC) for construction of ambitious Ganga Expressway project of UP government.

The process of granting of environment clearance includes

a) Ministry of Environment, Forest and Climate Change

b) Ministry of Panchayati Raj