THE CONTEXT: Madhya Pradesh Chief Minister announced the implementation of a Police Commissionerate system in Bhopal and Indore.

The system gives more responsibilities, including magisterial powers, to IPS officers of Inspector General of Police (IG) rank posted as commissioners. Depending on its success here, the policing system may gradually be implemented in other districts as well.

What is the Police Commissionerate system?

How many states have it?

Almost all states barring Bihar, UT of J&K, and some North-eastern states have a Commissionerate system. The British brought the system first in Kolkata and followed it in Mumbai and Chennai presidencies. Delhi turned into a Commissionerate during the Morarji Desai regime. In 1978, an initiative to introduce the system in UP, beginning with Kanpur, never materialised.

What is different under the system?

THE CONTEXT: A report released recently by Azim Premji University in collaboration with 17 regional NGOs across India stated that Life expectancy among the poorest is lower by 9.1 years among men and 6.2 years among women from the corresponding figures for the richest in urban areas. 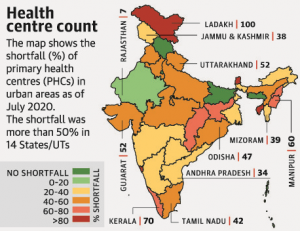 Steps to be taken

THE CONTEXT: According to the UNESCO study, the educational disruption due to prolonged closure of schools across the globe will not only have alarming effects on learning loss but also poses threat to gender equality. 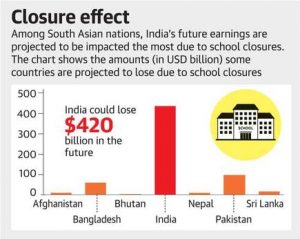 THE CONTEXT: On November 2021, Pakistan’s Parliament passed the International Court of Justice (Review and Reconsideration) Bill, 2021, granting the right of appeal to Kulbhushan Jadhav, former Indian Navy officer on death row on espionage and other charges.

India expressed misgivings about the law, saying it still does not fulfil the terms laid down by the International Court of Justice (ICJ) in its July 2019 ruling which included the provision that India be allowed consular access to Jadhav.

When was he arrested?

What had India argued at the ICJ?

What did the ICJ rule?

Will this law help Jadhav access his legal counsel?

Why has Pakistan made this move now?

ICJ is a principal judicial organization of the United Nations (UN). It was established in 1945 by a UN Charter and began working in 1946 as the successor to the Permanent Court of International Justice. Headquartered at Hague, Netherlands. Notably, it is the only UN principal organ not situated in New York.

The ICJ has two types of jurisdictions:

THE CONTEXT: Research led by scientists from International Crops Research Institute for the Semi-Arid Tropics (ICRISAT) in India is set to help produce more chickpea or chana and make it more nutritious and climate-change resistant.

What is Genome Sequencing?

THE CONTEXT: On the eve of completion of 5 years of the scheme and celebration of Awaas Diwas on 20th November 2021. Ministry of Rural Development along with States/Uts undertake various activities to celebrate Awaas Diwas. Ensuring the fulfilment of the noble objective of housing for all, the Ministry in partnership with the State government endeavours to complete the target within the time frame.

THE CONTEXT: The President of India, addressed the Swachh Amrit Mahotsav and presented the Swachh Survekshan Awards 2021, being organised by the Ministry of Housing and Urban Affairs 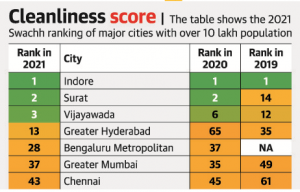 Additionally, a futuristic and state-of-the-art spatial GIS platform was launched that will further propel the Mission towards smart, data driven decision making. This new digital enablements will further enable the Mission to become paperless, robust and transparent, along with round-the-clock connectivity with States, Cities and stakeholders across the Swachhata spectrum. 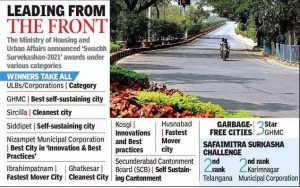 Under this survey, cities have been ranked based on 71 sanitation related parameters with different weightages for a total of 4,000 marks. Total score has been doubled this time to avoid crowding of cities with very marginal differences in scores that happened in the previous survey.

a) A community of persons permanently occupying a definite territory independent of external control and possessing an organized government.

c) A number of persons who have been living in a definite territory for a very long time with their own culture, tradition and government