THE CONTEXT: The National Achievement Survey 2021, was successfully conducted today across all 36 states and UTs of the country.

2. SCHOOL DROPOUT WAS HIGH DUE TO COVID-19

THE CONTEXT: According to a new national sample survey by ICRIER and LIRNEAsia, a think tank focusing on digital policy, only 20% of school-age children in India had access to remote education during the pandemic, of whom only half participated in live online lessons,

THE CONTEXT: A Day after Norovirus cases were confirmed in Wayanad district, the Kerala Government has said people need to be vigilant about the very contagious virus that causes vomiting and diarrhoea. 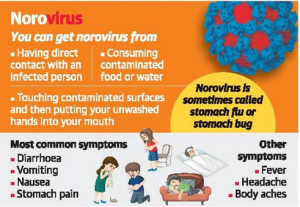 4. THE TWO INITIATIVES OF THE RBI

THE CONTEXT: PM launched two customer-centric initiatives of the Reserve Bank of India (RBI) — the RBI Retail Direct Scheme and the Integrated Ombudsman Scheme. With this, India has opened the government bond market for retail investors.

IMPORTANCE OF THE SCHEMES

THE CONTEXT:  National Internet Exchange of India (NIXI) has taken a new initiative by establishing out a customer-focused unit – “Customer-Care Unit,” which will facilitate the interaction of customers with all its business units. This team will support the customer queries (24×7) for all the operations.

THE CONTEXT:  Indian astronomers have developed the critical noise treatment algorithm that can increase the accuracy of data from exoplanets by reducing the contamination by the Earth’s atmosphere and the disturbances due to instrumental effects and other factors.

THE CONTEXT:  The 32nd edition of the India-Thailand Coordinated Patrol (Indo-Thai CORPAT) between the Indian Navy and the Royal Thai Navy is being conducted from 12 – 14 November 2021.

THE CONTEXT:  The Biden administration has agreed to provide automatic work authorisation permits to the spouses of H-1B visa holders, most of whom are Indian IT professionals.

Q1.  Which of the following pairs of visa types and their purpose is/are correctly matched?

d) All of the above