THE CONTEXT: India officially joined the High Ambition Coalition for Nature and People, a group of more than 70 countries encouraging the adoption of the global goal to protect at least 30 per cent of the world’s land and ocean by 2030. 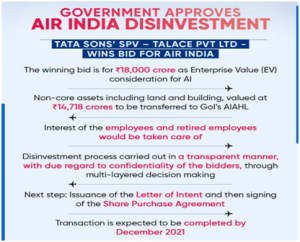 THE CONTEXT:  The Monetary Policy Committee (MPC) of the Reserve Bank of India (RBI) kept the key interest rates unchanged and reduced the inflation target for the year 2021-22.

THE CONTEXT:  Some Chinese soldiers of a large patrol team were detained for few hours by the Indian Army after such teams of the sides were engaged in a minor face-off and clashed near Yangtse in Tawang Sector of Arunachal Pradesh.

THE CONTEXT:  Bangladesh wants to send more than 80,000 Rohingya refugees to a remote island in the Bay of Bengal after sealing an agreement for the United Nations to provide help.

THE CONTEXT: The Norwegian Nobel Committee has decided to award the Nobel Peace Prize for 2021 to Maria Ressa and Dmitry Muratov for their efforts to safeguard freedom of expression, which is a precondition for democracy and lasting peace. 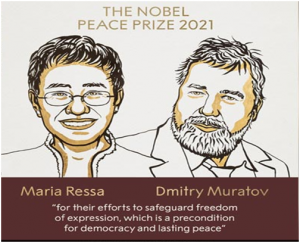 Q1. Bhashan Char island, sometimes seen in the news, is part of which of the following countries?