THE CONTEXT: PM will interact with the beneficiaries of the SVAMITVA scheme in Madhya Pradesh. Prime Minister will also distribute e-property cards to 1,71,000 beneficiaries under the scheme on the occasion.

THE CONTEXT: To tap the potential of Buddhist tourism, the Ministry of Tourism has organised a Buddhist Circuit Train FAM Tour and Conference scheduled to be held from 04th October – 08th October 2021.

INDIA AS ‘THE LAND OF BUDDHA’

THE CONTEXT: The Nobel Prize for physics has been awarded to scientists from Japan, Germany and Italy. 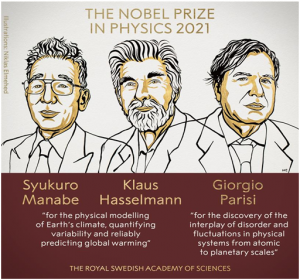 THE CONTEXT: The Reserve Bank of India (RBI) has granted the National Asset Reconstruction Company (NARCL), which is seeking to turn around bad loans worth Rs 2 trillion, the licence to register as an asset reconstruction company (ARC).

THE CONTEXT:  Facebook Inc.’s services suffered a massive outage on Monday for as long as six hours. It kept several users from accessing the company’s core platforms like WhatsApp, Instagram and Messenger apps. It also disrupted businesses around the world that rely on the social network’s tools and services.

THE CONTEXT: The fifth edition of India – Japan Maritime Bilateral Exercise, JIMEX, between the Indian Navy (IN) and the Japan Maritime Self-Defence Force (JMSDF), will be held in the Arabian Sea from 06 to 08 October 2021.

THE CONTEXT: New Japanese Prime Minister Fumio Kishida said that he received a “strong” message from President Joe Biden about the United States’ commitment to defending the disputed East China Sea islets, known as the Senkaku Islands in Japan. 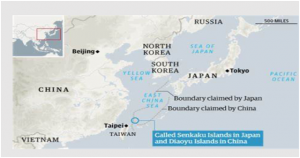 Q1. Which of the following pairs is/are correctly matched?