1. ONLY LOCALS IN LADAKH TO GET ‘RESIDENT CERTIFICATE’

THE CONTEXT: The Ladakh administration has decided to issue “Resident Certificate” only to Permanent Resident Certificate holders of the region unlike J&K, where new domicile laws allowed outsiders too to apply for jobs, land and other facilities.

ABOUT THE INSPIRE AWARDS – MANAK SCHEME

THE CONTEXT: Following the World Health Organization’s (WHO) warning that it has identified counterfeit versions of the Covishield vaccine in South-east Asia and Africa, the Union Health Ministry has written to all States and Union Territories to identify counterfeit/falsified Covishield vaccines in India.

THE CONTEXT: Some 28% of the 1,38,374 species assessed by the International Union for the Conservation of Nature(IUCN) for its survival watchlist are now at high risk of vanishing forever.

THE CONTEXT: Nipah has surfaced in Kerala again for the third time, that too after a gap of one year. Nipah has been confirmed in a 12-year-old admitted to a private hospital in Kozhikode with encephalitis.

SALIENT FEATURES OF THE AGREEMENT

THE CONTEXT:  The 28th edition of Singapore-India Maritime Bilateral Exercise (SIMBEX) was conducted from 02 to 04 Sep 21. 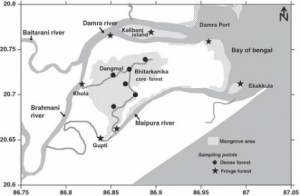