THE CONTEXT: Ayush Ministry launched the campaign “AYUSH AAPKE DWAR” from more than 45 locations across the country.

THE CONTEXT: Environmentalists expressed concern over the massive diversion of fresh water from the Brahmani river basin, which could pose a grave threat to the famous mangrove vegetation in Odisha. 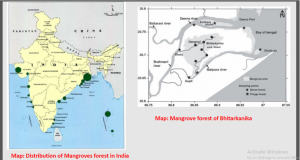 THE CONTEXT: In a major discovery, footprints of three species of dinosaurs have been found in the Thar desert in Rajasthan’s Jaisalmer district, proving the presence of the giant reptiles in the western part of the State, which formed the seashore to the Tethys Ocean during the Mesozoic era.

THE CONTEXT:  Seventeen new species have been added to the moth fauna of India from Tale Wildlife Sanctuary in Arunachal Pradesh, following moth biodiversity assessments that took place over 29 days in the months of April, May, August and September in 2011 and 2019.

5. BIOLOGICAL E JAB GETS NOD FOR TRIAL AMONG CHILDREN

THE CONTEXT:Hyderabad-based pharmaceutical company Biological E. Limited has been approved by the Drugs Controller General of India (DCGI) to conduct further trials of its vaccine Corbevax on children and adolescents.

THE CONTEXT: The WHO classified mu as a ‘variant of interest’. It was first found in Colombia in January and subsequently in 38 other countries.

WHAT’S A VARIANT OF INTEREST?

CAN IT ESCAPE VACCINES?

THE CONTEXT: India and the United States signed a project agreement (PA) for an Air-Launched Unmanned Aerial Vehicle (ALUAV) under the ambit of the Defence Technology and Trade Initiative (DTTI).

The context :The India-Russia friendship has “stood the test of time”, Prime Minister Narendra Modi asserted while virtually addressing the Far Eastern Economic Forum 2021, currently under way in the Russian port city of Vladivostok. 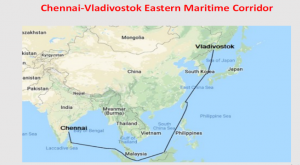 Q1. Bhitarkanika wildlife sanctuary is situated near the mouth of which of the following river?