THE CONTEXT: As the Covid-19 vaccination drive is gaining momentum, the focus is now to the opening up of the economy including sectors like travel and hospitality. Vaccine passports, one of the tools to smoothen the passage on this re-opening, need to be standardised to rejuvenate such industries.

WHY IS IT IMPORTANT?

WHY SHOULD I CARE?

THE CONTEXT: Case study of Sukhet village in Jhanjharpur block of Madhubani district in Bihar.

THE CONTEXT: The National Bureau of Animal Genetic Resources (NBAGR) has recognised the Manda buffalo as the 19th unique breed of buffaloes found in India.

THE CONTEXT: The Tamil Nadu government has announced India’s first conservation reserve for Dugongs, also known as sea cows. The reserve will cover over 500 km in Palk Bay.

THE CONTEXT:  Greece’s government has created a new ministry to address the impact of climate change and named former European Union commissioner Christos Stylianides as minister.

THE CONTEXT: National Auminium Company Ltd (NALCO), a Navratna CPSE under the Ministry of Mines, has been playing a key role in empowering the Micro and Small Enterprises (MSEs) through providing a modern & innovative platform ‘NALCO Micro And Small enterprise Yogayog Application’ (NAMASYA), a bi-lingual App developed exclusively for the benefit of the Company’s MSE Vendors. 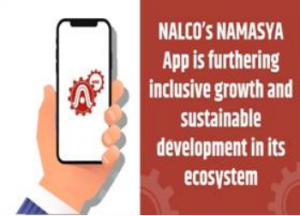 THE CONTEXT: Chandigarh now has its first pollen calendar, which can identify potential allergy triggers and provide a clear understanding for clinicians as well as allergy sufferers about their causes to help limit their exposure during high pollen loads.

THE CONTEXT:  PM Modi to attend BRICS, SCO, and Quad meets in September. Afghan situation likely to dominate agenda amid growing polarization between the Russia-China bloc, and U.S. and its allies

THE CONTEXT:  Indian Navy Task Group comprising IN Ships Shivalik and Kadmatt, under the Command of Flag Officer Commanding, Eastern Fleet, Rear Admiral Tarun Sobti, VSM is participating in the 4th edition of AUSINDEX from 06 to 10 Sep 21.