1. LONG WAIT FOR A DEPUTY SPEAKER FOR LOK SABHA

THE CONTEXT: With the Delhi High Court asking the Central government to explain its stand on a petition that claimed keeping the post of Deputy Speaker of the Lok Sabha vacant is a violation of Article 93 of the Constitution.

ABOUT DEPUTY SPEAKER OF LOK SABHA

THE CONTEXT: Indian Railways’ Chandigarh Railway Station has been awarded a 5- star ‘Eat Right Station’ certification for providing high-quality, nutritious food to passengers. This certification is granted by FSSAI to railway stations adhering to standard food storage and hygiene practices.

THE CONTEXT: The Ministry of Ayush launched a campaign of distributing Ayush prophylactic medicines and written guidelines on diet and lifestyle.

THE CONTEXT: The Supreme Court formed an expert committee led by former Gauhati High Court judge, Justice B.P. Katakey, to assess the damage and the cost of reparation of the Dibru-Saikhowa National Park and surrounding ecologically fragile areas of Assam, which were damaged in the Baghjan oil well blowout in May 2020.

THE CONTEXT: Indian biologist Shailendra Singh has been awarded the Behler Turtle Conservation Award for bringing three critically endangered turtle conservation species back from the brink of extinction.

6. PILOT PROJECT TO REPLACE DIESEL WITH LNG IN DUMPERS

THE CONTEXT:  State-owned CIL said it has begun the process of retrofitting LNG kits in its dumpers — big trucks engaged in transportation of coal, a move that will help the PSU to save around crores rupees annually.

THE CONTEXT:  The International Monetary Fund (IMF) has made an allocation of special drawing rights (SDR) 12.57 billion (equivalent to around $17.86 billion at the latest exchange rate) to India. 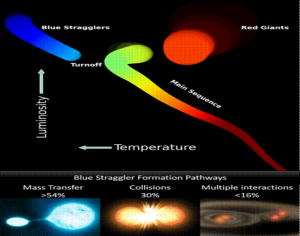 Q2 A 5- star ‘Eat Right Station’ certification is granted by?