1. THE BOOKLET ON ONE-YEAR OF NEP

THE CONTEXT: Union Education and Skill Development Minister launched the booklet on One-year New Education Policy (NEP) – 2020 Achievement along with some major initiatives of the New Education Policy- 2020 such as NIPUN Bharat FLN tools and resources on DIKSHA; Virtual School of NIOS; Alternate Academic Calendar of NCERT; and Release of ‘Priya’- accessibility booklet developed by the NCERT and Department of Empowerment of Persons with Disabilities.

Other major achievements include:

THE CONTEXT:  Northern Coalfields Ltd (NCL), a Coal India Ltd subsidiary has become the first PSU in the country, which has got all its employees and their family members vaccinated against Covid-19.

THE CONTEXT: Three FIRs have been registered against Union Minister and Rajya Sabha member Narayan Rane in connection with a speech at Raigad where he spoke against Chief Minister Uddhav Thackeray. While the Maharashtra Police has sent a team to arrest Rane, Maharashtra BJP president said it was “against protocol” for the state government to arrest the Minister and questioned how it could issue an arrest warrant against a Union Minister suo motu.

WHAT IS THE PROCEDURE TO ARREST A CABINET MINISTER IN INDIA?

WHAT ABOUT THE PRIVILEGES OF THE RAJYA SABHA MEMBERS VIS-A-VIS ARRESTS?

CAN A PERSON BE ARRESTED FROM THE PRECINCTS OF THE HOUSE? 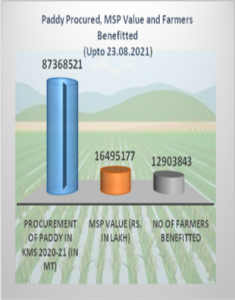 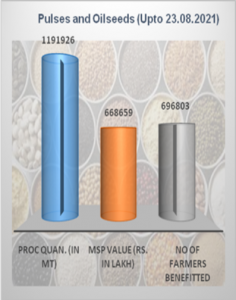 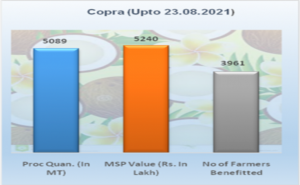 5.FORUM FOR DECARBONIZING TRANSPORT’ IN INDIA

THE CONTEXT: NITI Aayog and World Resources Institute (WRI), India, jointly launched the ‘Forum for Decarbonizing Transport’ in India as part of the NDC-Transport Initiative for Asia (NDC-TIA) project.

THE CONTEXT: According to real estate consultant Cushman & Wakefield, India has overtaken the United States (US) to become the second-most sought-after manufacturing destination globally, driven mainly by cost competitiveness.

8. THE REPAIR OF AERO-ENGINE COMPONENTS

THE CONTEXT: The “India-ASEAN Engineering Partnership Summit” organised by Engineering Exports Promotion Council (EEPC) with the support from Ministry of External Affairs and Department of Commerce.

Q1. Consider the following statements about Arctic Council:
1. It was set up in 1996 by the Ottawa declaration.
2. Its secretariat is located in Russia.
3. India is given observer status in the Council.