THE CONTEXT: The new portal under Bhuvan “Yuktdhara” will facilitate planning of new MGNREGA assets using Remote Sensing and GIS based information.

THE CONTEXT: A Selection Board of the Indian Army cleared the way for the promotion of five women officers to Colonel (Time Scale) rank, post completion of 26 years of reckonable service.

THE CONTEXT: Recently the Union Cabinet cleared the Rs 11,040-crore National Mission on Edible Oils-Oil Palm (NMEO-OP) with a focus on growing the crop in the North-east and Andaman and Nicobar Islands due to their favourable rainfall and temperature. That clearance came in the face of objections raised by India’s top forestry research institute against introducing oil palm in biodiversity rich areas and in the absence of a detailed study it had proposed.

4. INDIA’S NEW DIRECTIVES ON SUSTAINABLE DISPOSAL OF FLY ASH MAY DO MORE HARM THAN GOOD

THE CONTEXT: According to researchers and activists, the latest government attempt to ensure the safe and sustainable disposal of fly ash could end up damaging India’s farmlands, water bodies and fragile habitats. 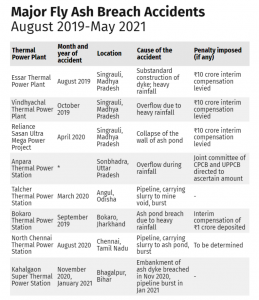 THE CONTEXT: Delhi Chief Minister inaugurated the country’s first ‘smog tower’, an experimental set up worth Rs 20 crore to purify air in a 1-km radius around the structure. 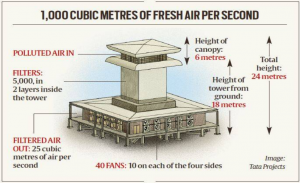 NO EVIDENCE SO FAR

6. GLOBAL EMISSIONS CAN DECLINE 10% IF REFINERIES CLEAN UP THEIR ACT

THE CONTEXT: According to the global inventory of carbon dioxide (CO2) emissions published recently in One Earth, Global cumulative emissions could be reduced by 10 per cent during 2020-2030 if refineries adopted low carbon measures.

Reference: Down to earth 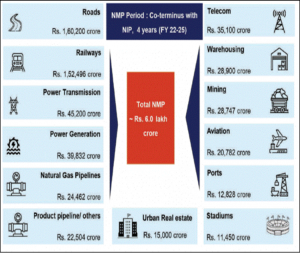 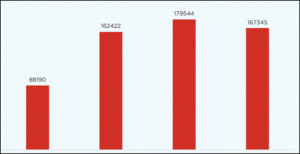 THE CONTEXT: The Government of India and the Asian Development Bank (ADB) today signed a $500 million loan to expand the metro rail network in Bengaluru with construction of two new metro lines totaling 56 km in length.

Answer: A
Explanation:
• The barasingha (Rucervus duvaucelii), also called swamp deer.
• In Assamese, barasingha is called dolhorina; dol meaning swamp.
• Habitat: Swamp deer occur in the Kanha National Park of Madhya Pradesh, in only 6 localities in Uttar Pradesh. A few survive in Assam’s Kaziranga and Manas National Parks.
• In 2005, a small population of about 320 individuals was discovered in the Jhilmil Jheel