THE CONTEXT: Government has decided to set up the ‘Indian Institute of Heritage’ at Noida.

THE CONTEXT: Parliament passed the Tribunals Reforms Bill, 2021. The Bill seeks to abolish many appellate tribunals set up under various Acts. The Bill replaces a similar Ordinance promulgated in April 2021.

THE KEY FEATURES OF THE TRIBUNALS REFORMS BILL, 2021

THE CONTEXT: According to NITI Aayog member Vinod Paul India is well on the path to achieving the World Health Organisation-recommended ratio of one doctor per thousand populations by 2024 and is increasing the number of hospital beds from 11 lakh to 22 lakh. 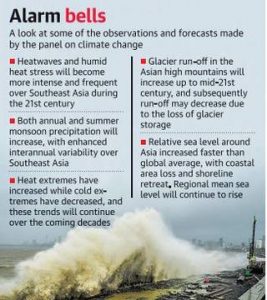 Which of the above-given statements is/are incorrect?