1. RUSSIA’S NUCLEAR ICEBREAKERS AND MILITARISATION OF THE ARCTIC

THE CONTEXT: Recently, Russian President virtually presided over the launch and flag raising ceremony of two nuclear-powered icebreakers at St. Petersburg and said such icebreakers were of “strategic importance”. As climate change opens up the Arctic giving access to new routes and resources, there is a race by adjoining countries to build up their militaries and Russia has a clear lead over them.

Why are the Russian icebreakers significant?

Why are countries racing towards the Arctic?

Where does India stand with respect to the Arctic?

THE CONTEXT: The Australian Parliament recently approved the free trade agreement with India. In India, such agreements require approval from the Union Cabinet.

Why is AI-ECTA significant?

Strategic Dialogue In June 2020, Australia and India decided to upgrade their Secretaries 2+2 dialogue (Defence and Foreign Affairs) to the Ministerial level.

AUSINDEX: Engagement between the Royal Australian Navy and the Indian Navy has advanced significantly through the key bilateral exercise, AUSINDEX.

Pitch Black: For the first time, the Indian Air Force participated in Exercise Pitch Black in Darwin in 2018.

THE CONTEXT: India’s proposal to increase the protection of Leith’s softshell turtle was approved at the 19th Meeting of the Conference of the Parties (CoP 19) to the Convention on International Trade in Endangered Species of Wild Fauna and Flora (CITES), which is being held in Panama City from November 14 to 25. 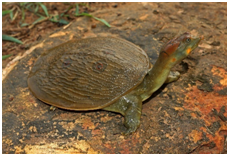 What are the other key outcomes of COP19 of CITES?

THE CONTEXT: The on-going conflict between Bangladeshi security forces and the Kuki-Chin National Army (KNA) triggered an influx of refugees from the Kuki-Chin community to the Indian state of Mizoram.

Who is Kuki-Chin National Army (KNA)?

About the current conflict in Bangladesh 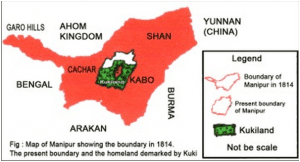 GOVERNMENT SCHEMES AND INITIATIVE IN NEWS

THE CONTEXT: The FSSAI recently released a new draft of Genetically Modified (GM) Food regulations for public consultation. This comes at a time when the issue concerning the genetically modified (GM) mustard is under the spotlight.

About the new draft regulations:

What does the draft regulations propose?

THE CONTEXT: India wins the International Electrotechnical Commission (IEC) Vice Presidency and Strategic Management Board (SMB) Chair for the 2023-25 term.