THE CONTEXT: Recently, a new study projects that climate change will significantly impact El Niño-La Niña weather patterns approximately by 2030 — a decade before what was earlier predicted. This is bound to result in further global climate disruptions.

What is the El Niño phenomenon?

What is La Niña?

What were the study’s findings?

What is the effect on India’s monsoons?

THE CONTEXT: The Centre has proposed to overhaul The Prevention of Cruelty to Animals Act, 1960, introducing 61 amendments in the law, which includes three years’ imprisonment for committing “gruesome cruelty” including “bestiality” with animals.

A draft Prevention of Cruelty to Animals (Amendment) Bill, 2022, prepared by the Ministry of Fisheries, Animal Husbandry, and Dairying, has been opened for public comments. Once the draft is final, the Bill could be brought either in the Winter Session or the Budget Session of Parliament.

What are the main changes proposed in the law?

About Prevention of Cruelty to Animals Act, 1960

THE CONTEXT: The Ministry of Health and Family Welfare unveiled the National Suicide Prevention Strategy — the first-of-its-kind policy formulated by the government to prevent suicides as a public health priority. 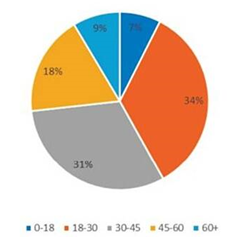 THE CONTEXT: Recently, the Securities and Exchange Board of India (SEBI) floated a consultation paper proposing measures to effectively tackle market rumours. It reviewed disclosure requirements for material events and information under the SEBI (Listing Obligations and Disclosure Requirements) Regulations, 2015.

What was the need for review?

What disclosures are being proposed?

Are timelines being revised?

5. WHAT IS THE ASSAM-MEGHALAYA BORDER DISPUTE

THE CONTEXT: The recent killing of six people in Assam police firing comes ahead of the second phase of talks between the two states to resolve their boundary dispute, and there are concerns its shadow will loom large over the negotiations.

The incident comes ahead of the second phase of talks scheduled for this month-end (November 2022) between the two states to resolve their boundary dispute, and there are concerns its shadow will loom large over the negotiations.

What is the border dispute?

CONNECT THE DOT: In March 2022,the Assam and Meghalaya state Government signed an agreement to resolve their five-decade-old border dispute in six of the 12 locations. 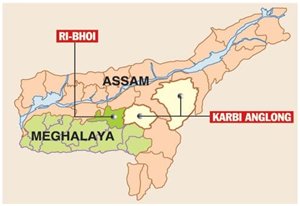 What is the Next Step?

THE CONTEXT: In a significant development in the Tibetan Buddhist circles, the Nyingma sect has identified a boy from Spiti in Himachal Pradesh as the reincarnation of the late Taklung Setrung Rinpoche, a scholar known for his knowledge of Tibetan Tantric school.

“The Nyingma sect is the oldest of all Buddhist sects, and Taklung Setrung Rinpoche was a profound scholar renowned for his expertise in Tibetan Tantric school.

What are the 4 sects of Tibetan Buddhism?

The four schools of Tibetan Buddhism are Nyingma, Kagyu, Sakya, and Gelug or Gelugpa.