THE CONTEXT: The Directorate General of Civil Aviation (DGCA) amended its rules on carriage of disabled passengers to say that airlines cannot deny boarding to specially abled people without seeking the medical opinion of a doctor at the airport on a passenger’s fitness to fly.

What does the new DGCA regulation say?

The clause added to the CAR on “carriage by air – persons with disability and/or persons with reduced mobility” states: “Airline shall not refuse carriage of any person on the basis of disability. However, in case an airline perceives that the health of such a passenger may deteriorate in-flight, the said passenger will have to be examined by a doctor, who shall categorically state the medical condition and whether the passenger is fit to fly or not. After obtaining the medical opinion, the airline shall take the appropriate call”.

What were the old rules?

2.WHAT ARE EU’S OPTIONS IN PALM OIL ROW WITH MALAYSIA AND INDONESIA?

THE CONTEXT: The World Trade Organization (WTO) could soon rule on two cases brought against the European Union over its decision to phase-out the import of unsustainable palm oil by 2030.

What if the WTO rules against the EU?

The WTO decision seems to be drawing near. The panel to decide Indonesia’s case was formed in November 2020. A panel of the same members was formed for Malaysia’s case in July 2021.

If the WTO panels were to rule against in favour of Indonesia and Malaysia, Brussels has three options, explained Stefan Mayr, a senior scientist at the Institute for Law and Governance at Vienna University of Economics and Business.

THE CONTEXT: Russia and Ukraine signed separate agreements with Turkey and the U.N., clearing the way for exporting millions of tons of desperately needed Ukrainian grain — as well as Russian grain and fertilizer — ending a wartime standoff that had threatened food security around the globe.

Why was the grain export deal signed?

What is the grain export deal?

Why was the movement of grains halted till now?

4.MOST NEW PASSENGER VEHICLES IN 2050 WILL BE ELECTRIC: STUDY

THE CONTEXT: Electric passenger vehicles could comprise 30%-75% of the new vehicle sales in India by 2030 and 2050 respectively, according to a study by Delhi-headquartered think tank, Council on Energy, Environment and Water (CEEW). 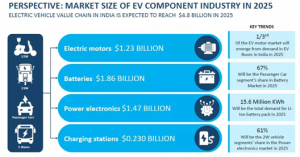 THE CONTEXT: According to a new study in Advanced Science, At the beginning of the pandemic, before it became widely accepted that respiratory particles are the primary mode of transmission of Covid-19, the focus was on transmission via contact with surfaces. The disinfectants used to guard against that have become less effective.