Experts see this as a real opportunity to eliminate cervical cancer and have expressed the hope that it will be rolled out in national HPV vaccination strategies and be available a cost more affordable than existing vaccines.

What is the Global Gender Gap Index?

How has India fared on different sub-indices?

The World Economic Forum (WEF) is a Swiss nonprofit foundation established in 1971, based in Geneva, Switzerland. It is recognised by the Swiss authorities as an international institution for public-private cooperation

What is the mission of WEF?

WEF is committed to improving the situation of the world by engaging business, political, academic, and other leaders of society to shape global, regional, and industry agendas.

Some of the major reports published by WEF are:

3.EXPLAINED: WHAT IS I2U2 THAT IS HOLDING ITS FIRST-EVER LEADER’S SUMMIT

THE CONTEXT:Prime Minister will participate in the first-ever I2U2 Virtual Summit along with the heads of state of Israel, the UAE, and the US according to a press release by the Ministry of External Affairs (MEA).

What does I2U2 stand for?

What is the aim of I2U2 grouping?

Significance of the initiative

4.CAQM FORMULATES COMPREHENSIVE POLICY TO ABATE THE MENACE OF AIR POLLUTION IN DELHI-NCR

THE CONTEXT:The Commission for Air Quality Management in NCR & Adjoining Areas (CAQM) has formulated a Comprehensive Policy to abate the menace of air pollution in Delhi-NCR, in a crucial step towards overall amelioration of the air quality of the National Capital Region (NCR) through differentiated geographical approach and timelines of action.

The scope of this comprehensive plan by CAQM is to abate air pollution primarily in Delhi and NCR. Owing to a deficit in infrastructure and systems across sub-regions of the NCR, wide variations in baseline actions, and varying levels of urbanization, a differentiated approach and timelines have been suggested for various sub-regions. These sub-regions include:

5.EXPLAINED: WHAT IS FCRA, THE LAW RELATED TO NGO FUNDING?

THE CONTEXT:The Ministry of Home Affairs (MHA) has removed some crucial data from the Foreign Contribution (Regulation) Act (FCRA) website.

For how long is approval granted?

On what basis is approval cancelled? 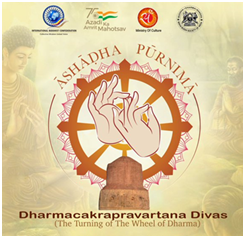 Q.Consider the following statements in the context of World Economic Forum:

Which of the above statements is/are incorrect?