1.THE BAIL LAW AND SUPREME COURT CALL FOR REFORM

THE CONTEXT:Recently, the Supreme Court underlined that “there is a pressing need” for reform in the law related to bail and called on the government to consider framing a special legislation on the lines of the law in the United Kingdom.

What is the ruling about?

What is the law on bail?

The CrPC does not define the word bail but only categories offences under the Indian Penal Code as ‘bailable’ and ‘non-bailable’. The CrPC empowers magistrates to grant bail for bailable offences as a matter of right. This would involve release on furnishing a bail bond, without or without security. Non-bailable offences are cognisable, which enables the police officer to arrest without a warrant. In such cases, a magistrate would determine if the accused is fit to be released on bail.

What has the Supreme Court held on reforms?

The court’s ruling is in the form of guidelines, and it also draws the line on certain procedural issues for the police and judiciary.

SEPARATE LAW FOR BAIL: The court underlined that the CrPC, despite amendments since Independence, largely retains its original structure as drafted by a colonial power over its subjects. The court made this point to signal that despite its rulings, structurally, the Code does not account for arrest as a fundamental liberty issue in itself.

BAIL APPLICATION: “There need not be any insistence of a bail application while considering the application under Section 88, 170, 204 and 209 of the Code,” the court held.

DIRECTION TO STATES: The SC also directed all state governments and Union Territories to facilitate standing orders to comply with the orders and avoid indiscriminate arrests. The CBI has already communicated earlier orders of the Court to special judges under its jurisdiction.

2.EXPLAINED: WHAT THE DRAFT MEDICAL DEVICES BILL SAYS — AND WHAT IT DOES NOT

THE CONTEXT:Recently, the Union Health Ministry released a draft of a proposed The Drugs, Medical Devices and Cosmetics Bill, 2022 to replace the existing The Drugs and Cosmetics Act, 1940, and several sets of Rules by which the industry is currently run.

The draft focuses on regulating medical devices as a separate entity, makes provision for fines and imprisonment for injury and death related to clinical trials or investigations, and seeks to regulate e-pharmacies.

However, drawing on the existing law on drugs, the draft Bill defines provisions for imprisonment or fines for “adulterated” or “spurious” medical devices. The draft states that a medical device will be considered to be adulterated if it is rusted, corroded, filthy, putrid, or decomposed, packed or stored in unsanitary conditions, contains harmful or toxic substances, or has any component or software removed making it unsafe.

The draft Bill deems a medical device to be spurious if it carries the label of a fictitious company or is purported to be of a manufacturer that has not manufactured it.

THE CONTEXT:The Reserve Bank of India announced its decision to allow trade settlements between India and other countries in rupees. While the move is seen to benefit trading primarily with Russia, it is also likely to help check dollar outflow and slow rupee depreciation to a ‘very limited extent’.

How will the model work?

To settle trade transactions with any country, banks in India will open Vostro accounts (an account that a correspondent bank holds on behalf of another bank — for example HSBC vostro account is held by SBI in India) of correspondent bank/s of the partner country for trading. Indian importers can pay for their imports in rupee into these accounts. These earnings (from imports) can then be used to pay Indian exporters in Indian rupee.

How does the current system payment work?

Which countries are expected to use this new model?

Can this be extended to other countries?

Will it help arrest the fall of Indian rupee?

THE CONTEXT:Scientists have identified co-dopants that can increase the photovoltaic performance of transparent metal oxides such as ZnO, In2O3 and SnO2 thereby creating potential for more efficient, better performing and more stable solar cells. 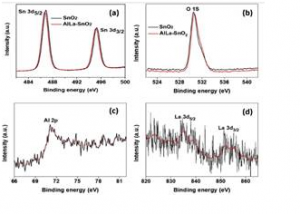 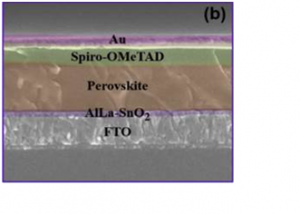 SECI is the only Public Sector Undertaking of the Union government working on solar energy and is currently responsible for the development of the entire renewable energy sector.

5.CONNECTING THE DOTS BETWEEN VIRUS INFECTION AND PROGRESS OF BRAIN CANCER

THE CONTEXT:Scientists have found that cancer-causing virus Epstein Barr Virus (EBV) can infect the neuronal cells and drive various changes in biomolecules such as fatty acids, carbohydrates, and protein components, leading to diseases of the central nervous system as well as brain cancer.

THE CONTEXT:The United States space research agency NASA said in a release that its James Webb Space Telescope (JWST) has produced the deepest and sharpest infrared image of the distant universe that has ever been seen, heralding a major event in astronomy. The JWST is the largest and most powerful telescope ever built.

According to the sources,Thousands of galaxies — including the faintest objects ever observed in the infrared — have appeared in Webb’s view for the first time, all captured in a relatively small area. “This slice of the vast universe covers a patch of sky approximately the size of a grain of sand held at arm’s length by someone on the ground”.

What can be seen in the image?

JWST is an engineering marvel comparable to the earth-based Event Horizon Telescope that produced the photograph of the black hole, or the LIGO that detected the gravitational waves. It is widely expected to unveil many secrets of the universe, particularly those related to the formation of stars and galaxies in the early period — the first few hundred million years — after the Big Bang.

Objectives and functions of the telescope:

Where is it placed?

The James Webb Space Telescope will not be in orbit around the Earth, like the Hubble Space Telescope is – it will actually orbit the Sun, 1.5 million kilometres (1 million miles) away from the Earth at what is called the second Lagrange point or L2.

Q.Consider the following statements in the context of types of bails in India: