1. THE BATTLE OVER MINING IN CHHATTISGARH’S HASDEO FOREST

THE CONTEXT: The state government had in March given a go-head for coal mining in an area of 1,136 hectares under the second phase of Parsa East-Kete Basan (PEKB) coal block. 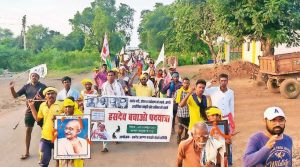 Released in 2021, a report on the region by the Indian Council of Forestry Research and Education (ICFRE), an autonomous organisation under the Ministry of Environment, Forest & Climate Change, termed Hasdeo Arand the “largest un-fragmented forests in Central India consisting of pristine Sal (Shorearobusta) and teak forests.”

THE CONTEXT: The jurisprudence of reservation relies on the symbiotic coexistence of constitutionally guaranteed equality of opportunity in public employment under Article 16 (1) of the Constitution of India and classifications thereunder various clauses of the same article, especially Article 16(4) and Article 16 (4 A), which are in the nature of facilitating provisions, vesting a discretion on the government to consider providing reservations for the socially and educationally backward sections of the society and to provide reservation in promotion to Scheduled Castes and Scheduled Tribes, respectively.

3. ABSOLUTION: ON NEED TO COMPENSATE FOR UNLAWFUL ARRESTS

THE CONTEXT: India needs a law to make compensation for unlawful arrest a statutory right

THE CONTEXT: The Quad (the U.S., India, Japan and Australia) held its second in-person leaders’ summit in Tokyo on May 24. It has emerged stronger and clearer in its strategy and goals for the security and prosperity of the Indo-Pacific. The efforts by the Quad countries should be viewed not only from the prism of the summits but also from the wider context of international developments and the continuing process of consolidation of the bilateral relations within, especially U.S.-India ties.

THE CONTEXT: The Government, worried about the inflation rapidly inching up month after month, has finally become proactive. The steps announced are designed to lower the prices of basics like diesel, steel, cement and plastics. Wholesale Price Index (‘WPI’) has risen at more than ten percent for more than a year, and in April 2022, it was at 15.08 percent – a level not seen in more than a decade. Consumer Price Index (‘CPI’) has risen 7.8 percent, well above the Reserve Bank of India (‘RBI’)’s target of four percent plus-minus two percent for the fourth consecutive month.

6. WHAT IS THE WEST NILE VIRUS, HOW DOES IT SPREAD?

THE CONTEXT: The Kerala health department is on alert after the death of a 47-year-old from Thrissur due to the West Nile Virus. Earlier in 2019, a six-year-old boy in Malappuram district had died of the same infection. The virus was first reported in the state in Alappuzha in 2006 and then in Ernakulam in 2011.

Q1.Consider the following statements about India’s external trade in 2021-22:

ANSWER FOR THE 28th MAY 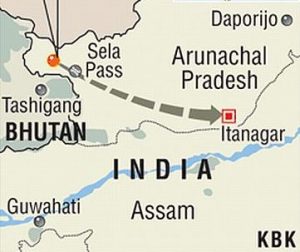