THE CONTEXT: Union ministry of chemicals and fertilisers, department of chemicals and petrochemicals, has given final approval for the setting up of a Plastic Park at Ganjimutt in Dakshin Kannada.

According to the Ministry the park will be set up on 104 acres of Karnataka Industrial Areas Development Board (KIADB) land at an estimated cost of ₹62.77 crore. In that, 50% of the project cost, that is ₹31.38 crore, will be borne by the Union Government and the remaining 50% by the KIADB.

About the Plastic Park:

Significance of the Plastic Park Scheme?

THE CONTEXT: The Kerala Bird Atlas (KBA), the first-of-its-kind state-level bird atlas in India, has created solid baseline data about the distribution and abundance of various bird species across all major habitats giving an impetus for futuristic studies.

The KBA accounts for nearly three lakh records of 361 species, that includes,

The KBA is considered to be a valuable resource for testing various ecological hypotheses and suggesting science-backed conservation measures.

Bird Atlas surveys shall be done twice a year.

THE CONTEXT: The Peruvian government declared a 90-day “environmental emergency” in damaged coastal territories, after an oil spill that saw 6,000 barrels of crude oil pour into the sea.

What damage has the spill caused?

The spill has caused the death of marine wildlife and raised concerns around the livelihood of local fishermen and the economic consequences from the loss of tourism. 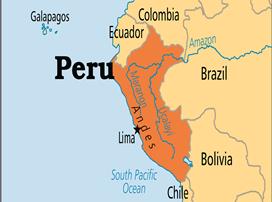 Note: TERI has developed Oil Zapper Bacteria which can degrade the oil quickly.

THE CONTEXT: Researchers from Kerala have identified two new species of fungi from the genus Ganoderma that are associated with coconut stem rot. They have also genotyped the two fungi species, named Ganoderma keralense and G. pseudoapplanatum and identified genetic biomarkers. 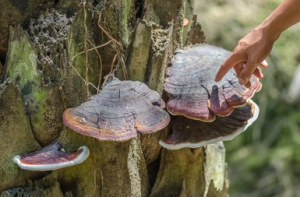 THE CONTEXT: The iconic Amar Jawan Jyoti (AJJ), which was inaugurated after the 1971 Liberation War of Bangladesh by former Prime Minister Indira Gandhi, even as Prime Minister announced the construction of a statue of Subhas Chandra Bose, restructuring the symbolism around the India Gate.

Symbol of colonial past’

About the National War Memorial:

The National War Memorial was inaugurated by Prime Minister on February 25, 2019 and ever since it was set up, political and military leaders of the country lay wreaths in remembrance at the new site rather than at the Amar Jawan Jyoti. It was built to commemorate all the soldiers who have laid down their lives in the various battles, wars, operations and conflicts of Independent India.

Q1. Hogenakkal Falls are located across which of the following river of India?

Note: India has already fulfilled its resolve of doubling tiger numbers, made at the St. Petersburg Declaration in 2010, much before the target year of 2022.