THE CONTEXT: The Goa state Government permitting mining companies to export low-grade iron ore, paving the way for the resumption of mining activity that has been stalled since 2018. 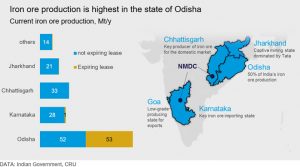 2. TUSSLE OVER THE ELECTION OF MAHARASHTRA ASSEMBLY SPEAKER

THE CONTEXT: Amid ongoing tensions between the Governor of Maharashtra and the State Government over the election to the Speaker of the Assembly, and the winter session of the state assembly ends but the Governor has not given his consent to the election programme recommended by the Cabinet.

The Constitution does not specify the process of holding these elections; that is left to the state legislatures. It also does not set a timeframe other than to say the elections should be held “as soon as maybe”.

Some states lay down timeframes

A crucial case in Maharashtra

What are the recent amendments?

What are the objections to these amendments?

What is the government’s position?

What is the way ahead?

THE CONTEXT: Niti Aayog with technical support from UNDP, released the first its kind Northeastern Region District SDG Index. The index measures the performance of the district of the eight NE States. This SDG Index will be used as a base for planning of development and welfare activities, education, health care.

According to the report, the East Sikkim district of Sikkim has topped the Northeastern Region (NER) District SDG Index 2021-22 while the Kiphire district of Nagaland was ranked last amongst 103 districts in the ranking. Gomati, North Tripura is second, West Tripura is third in the ranking.

What is NER District SDG Index? 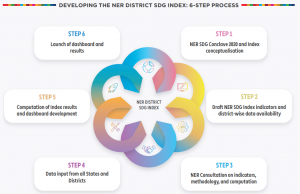 THE CONTEXT: Ministry of Education released the “Atal Ranking of Institutions on Innovation Achievements (ARIIA),” out of which Sevan Indian Institutes of Technology (IITs) have made it to the top 10.

THE DEFENCE AND SECURITY

THE CONTEXT: Following the two positive indigenization lists barring the import of 209 major platforms and systems, the Defence Ministry notified a list of another 2,500 subsystems and components and 351 more imported items to be made locally in the next three years. 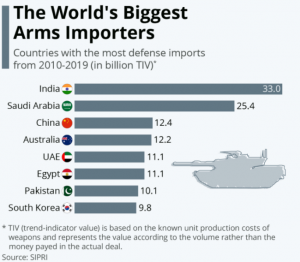 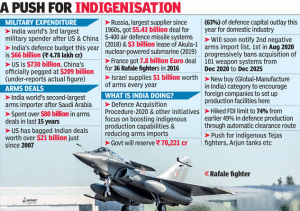 THE GOVERNMENT SCHEMES AND INITIATIVES IN NEWS

THE CONTEXT: Ahead of the ongoing Rabi season, the Telangana government started crediting money into the bank accounts of eligible beneficiaries in the state.

Under the Rythu Bandhu scheme, as many as 66.56 lakh farmers identified as beneficiaries, regardless of the extent of land owned by them, would receive financial assistance in 10 days.

With this, the state government would have disbursed Rs 50,405.63 crore to farmers under the scheme to date, a major landmark since its inception in May 2018.

What is Rythu Bandhu?

How does it compare with the PM-KISAN scheme?

The state government has often said that the Centre’s PM-KISAN (Pradhan Mantri Kisan Samman Nidhi) scheme is a “copy” of Rythu Bandhu. The Telangana government further claims that its own scheme is much better than PM-KISAN.

What about landless farmers? 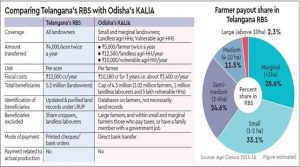 THE CONTEXT: An Israeli airstrike hit a shipment of Iranian weapons in the Syrian port of Latakia on 7th December 2021. 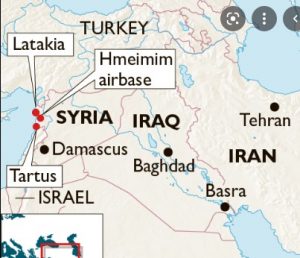