THE CONTEXT: The number of Assembly constituencies in Jammu will increase by six and in Kashmir by one, according to the draft paper of the Delimitation Commission.  For the first time, the commission proposed reserving nine seats for Scheduled Tribes on the basis of population. Seven seats are proposed for the Scheduled Caste community. An additional 24 seats are proposed to be reserved for Pakistan-occupied Kashmir. 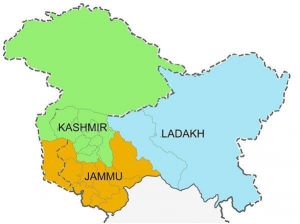 Aim: The key aim is to have equal representation to equal segments of the population in order to ensure a fair division of geographical areas so that all political parties or candidates contesting elections have a level playing field in terms of the number of voters.

THE CONTEXT: Recently, PANEX-21was held in Pune for Humanitarian Assistance and Disaster Relief Exercise is to be held among the BIMSTEC countries: Bhutan, Bangladesh, Nepal, Myanmar, Sri Lanka, India and Thailand. The main aim of the exercise is to build regional cooperation in responding to natural disasters.

How will the exercise be conducted?

Why is the exercise important? 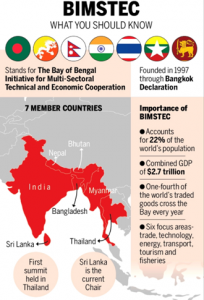 Why is BIMSTEC important for India?

As the region’s largest economy, India has a lot at stake.

3. THE ADVERSE EFFECTS OF AIR POLLUTION

THE CONTEXT: According to the new report, India recorded 867,000 deaths in 2017 due to exposure to fine particulate matter (PM2.5) — the second highest in the world. 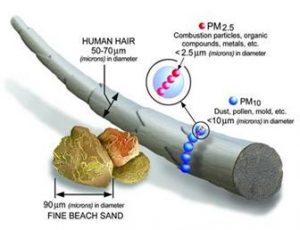 4. THE EXPANSION OF THE THAR DESERT

THE CONTEXT: The study was undertaken as part of an assessment of the environmentally sensitive areas within the framework of the UN Convention to Combat Desertification (UNCCD). The scientists associated with the project studied the climate and vegetation in Thar, which is the world’s ninth-largest hot subtropical desert, to understand the desertification process. 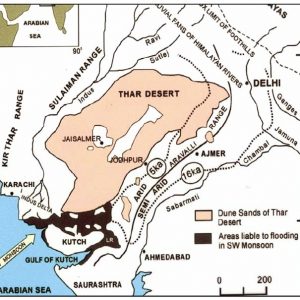 About the Thar Desert:

The Thar Desert is about 4.56% of the total geographic area of India. More than 60% of the desert lies in the Indian state of Rajasthan; the portion in India also extends into Gujarat, Punjab, and Haryana.

The country parties have agreed to make the Sustainable Development Goal target of achieving land degradation neutrality by 2030, a national target for action.

Peace Forest Initiative: It is an initiative of South Korea to use ecological restoration as a peace-building process. It aims at addressing the issue of land degradation in conflict-torn border areas and would go a long way in alleviating tensions and building trust between communities living there and between enemy countries in particular.

THE CONTEXT: Heavy rains across Karnataka during October and November 2021 have affected the winter migration of birds that otherwise used to flock in large numbers and roost in the water bodies of the State before flying out again during the onset of summer. 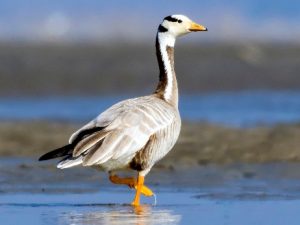 THE CONTEXT: An Indian desert cat has been spotted for the first time in Madhya Pradesh’s Panna Tiger Reserve (PTR). 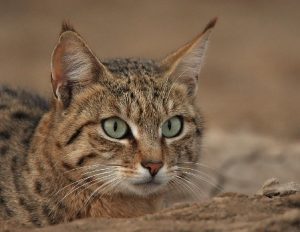 d) All of them 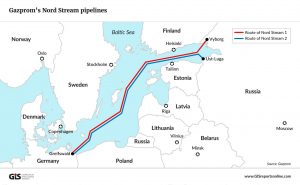