1. THE CULTURE MAPPING OF 80 VILLAGES

THE CONTEXT: According to the Ministry of Culture, Culture mapping of 80 villages associated with noted personalities in history, in particular the freedom movement, unique crafts and festivals had been started as a pilot project.

What is Culture Mapping?

While the Culture Ministry had launched the culture mapping mission in 2017, the project had been slow to take off, before it was handed over to the IGNCA.

“IGNCA, which is an autonomous organisation under the administrative control of Ministry of Culture has been designated as implementation agency for the National Mission on Cultural Mapping.

The work under the mission involves coordinating the data collection through ground and field surveys conducted on the basis of detailed formats and questionnaires, mobile application, interactive web-portal and an Over-The-Top (OTT) platform to showcase ethnographic documentaries/ cultural events/ festival/ melas etc. of villages,”

THE CONTEXT: The National Investigation Agency (NIA) has approached the Supreme Court against a Bombay High Court order granting bail to advocate and activist Sudha Bharadwaj. While she was given ‘default bail’, eight others were denied the benefit in the same case.

What happened in Sudha Bharadwaj’s case?

What is bail & types of bails in India?

How does the provision vary for special laws?

The 60- or 90-day limit is only for ordinary penal law. Special enactments allow greater latitude to the police for completing the probe. In the Narcotic Drugs and Psychotropic Substances Act, the period is 180 days. However, in cases involving substances in commercial quantity, the period may be extended up to one year. This extension beyond 180 days can be granted only on a report by the Public Prosecutor indicating the progress made in the investigation and giving reasons to keep the accused in continued detention.

In the Unlawful Activities (Prevention) Act, the default limit is 90 days only. The court may grant an extension of another 90 days, if it is satisfied with a report by the Public Prosecutor showing the progress made in the investigation and giving reasons to keep the accused in further custody. These provisions show that the extension of time is not automatic but requires a judicial order.

What are the laid-down principles on this aspect?

THE CONTEXT: Chief Justice of India suggests one central agency, with a degree of autonomy, for overseeing infrastructure development of subordinate courts in India. 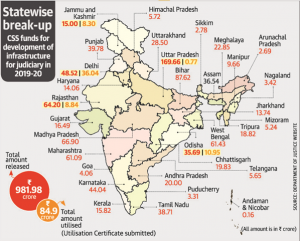 “Institutionalising the mechanism for augmenting and creating state-of-the-art judicial infrastructure is the best gift that we can think of giving to our people and our country in this 75th year of our Independence”.

THE CONTEXT: According to National Family Health Service (NFHS)-5 data, in 2019-20, less than 15% of five-year-olds attended any pre-primary school at all. A recent study estimates that the time women spend on unpaid work may have increased by 30% during the pandemic.

It is a scheme providing for supplementary nutrition, immunization and pre-school education to the children is a popular flagship programme of the government.

Launched in 1975, it is one of the world’s largest programmes providing for an integrated package of services for the holistic development of the child. 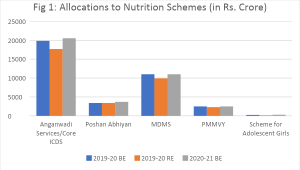 The ICDS Scheme offers a package of six services, viz.

Three of the six services viz. immunization, health check-up and referral services are related to health and are provided through National Health Mission and Public Health Infrastructure. The services are offered at Anganwadi Centres through Anganwadi Workers (AWWs) and Anganwadi Helpers (AWHS) at grassroots level.

As the world’s largest provider of early childhood services, anganwadis perform a crucial role in contributing to life outcomes of children across India. To improve these outcomes, we need to invest more significantly in anganwadis, and roll out proven innovative interventions.

What is Cryogenic Engine?

THE CONTEXT: According to the Home Minister, India is developing indigenous technology to thwart the growing threat of drones on the country’s borders, and it will soon be made available to the security forces. 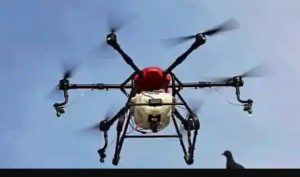 What is an Anti-drone system?

Anti-drone systems detect and or intercept unwanted drones and unmanned aerial vehicles (UAVs). They are deployed to protect areas such as airports, critical infrastructure, large public spaces such as stadiums, and military installations and battlefields.

Increased use of unmanned drones to target, drop and supply weapons, explosives and ammunition across the western borders by the terror groups to their network in India, particularly in Jammu and Kashmir and Punjab has raised security concerns. Therefore, in a bid to counter these attacks, the DRDO has developed the anti-Drone system.

How does the anti-drone system developed by DRDO work?