THE CONTEXT: In November 2021, the Annual Status of Education Report (ASER) -2021 was published highlighting School enrolment fell during pandemic and the gap between States in access to online education with varying levels of access to technology, school and family resources resulting in Digital Divide.

Measures taken by the Government:

THE CONTEXT: World Health Organisation (WHO) published the 4th edition of Global report on trends in the prevalence of tobacco use 2000-2025.

How was this progress achieved? 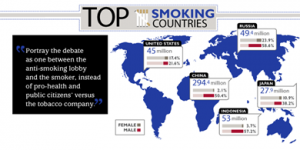 THE CONTEXT: The Supreme Court quashed a Bombay High Court decision to acquit a man charged with assault under the Protection of Children from Sexual Oﬀences Act (POCSO) solely on the grounds that he groped the child over her clothes without “skin-to-skin” contact.

About Protection of Children from Sexual Offences Act, 2012:

INDIA IS THE LARGEST RECIPIENT OF REMITTANCES

THE CONTEXT: According to the report by World Bank, India received $87 billion in remittances in 2021 which constitutes India as the world’s largest recipient.

The World Bank Group is an international partnership comprising 189 countries and five constituent institutions that works towards eradicating poverty and creating prosperity.

RARE FISH ON THE BRINK OF EXTINCTION

THE CONTEXT: In Assam, the rare Barca snakehead fish is on the brink of extinction, since it is an ornamental fish, it is in high demand in the international market and is susceptible to illegal trade.

What is Ornamental Fish?

Fishes that are kept in home aquariums, or for aesthetic purposes are considered ornamental fish.

RISE IN AMMONIA DUE TO BIOMASS BURNING

THE CONTEXT: In West Africa rise in ammonia level was observed which is linked to biomass burning. The trend was centred over Nigeria and the Southern coast.

THE CONTEXT: The Clean Ocean International Expert Group of the UN Decade for Ocean Science for Sustainable Development will formally present its shortlist of activities and goals, and a strategy to reach them, in a “Clean Ocean Manifesto” at the outset of a three-day online conference on achieving a clean ocean.

The statement charts the most direct route to a clean ocean citing these objectives for 2030:

The expert group underlined that “This process should aim to define and attract financial and other support to meet an initial set of goals for 2025, followed by goals for the end of the Ocean Decade in 2030.”

The conference highlights more than 30 activities in place or in development around the world that can make important contributions by 2030 to a Clean Ocean.

These include initiatives to:

THE CONTEXT: India was re-elected to the executive board of the UN’s cultural and education organisation for the 2021-25 term.

About the Executive Board:

United Nations Educational, Scientific and Cultural Organization (UNESCO) is a specialized agency of the United Nations (UN). It seeks to build peace through international cooperation in Education, Sciences and Culture.