THE CONTEXT:  According to the National Crime Records Bureau (NCRB) report, the number of agricultural labourers who died by suicide in 2020 was 18% higher than the previous year. 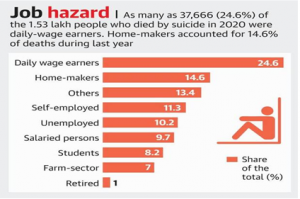 2. A NATIONWIDE EXPANSION OF PCV

THE CONTEXT: India’s effective reproduction number or R for Covid is steady at 0.90, the same as last week. However, several states including West Bengal, Assam and Himachal Pradesh are now showing an upward trend in infections.

THE CONTEXT: NITI Aayog released a comprehensive report titled Health Insurance for India’s Missing Middle, which brings out the gaps in the health insurance coverage across the Indian population and offers solutions to address the situation.

THE CONTEXT: Buoyed by the growing global and domestic demand and enabled by strong support to regulatory, research and development, and back-end infrastructure by the Ministry, the market size of AYUSH has grown by 17 per cent in 2014-20 to reach US dollars 18.1 billion.

7. NO MONEY LEFT IN MGNREGA COFFERS

THE CONTEXT: The Centre’s flagship rural employment scheme has run out of funds halfway through the financial year, and supplementary budgetary allocations will not come to the rescue for at least another month when the next Parliamentary session begins.

THE CONTEXT: The Government of India has extended the tenure of Reserve Bank of India (RBI) governor Shaktikanta Das for a period of three years.

THE CONTEXT: PM met the Prime Minister of Italy, H.E. Mr Mario Draghi in Italy on 29 October 2021, on the sidelines of the G20 Summit in Rome. This was their first in-person meeting.

THE CONTEXT: A draft resolution introduced by India for granting the Observer Status to the International Solar Alliance has been adopted in a U.N. General Assembly committee.

Q1 A conjugate vaccine is:

a) A single vaccine is used for two different diseases.

b) A vaccine is used for a single disease.

c) A vaccine that combines a weak antigen with a strong antigen as a carrier.

d) A vaccine that combines a strong antigen with a weak antigen as a carrier. 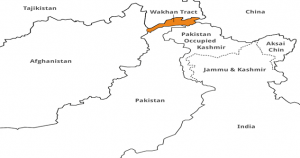