1. TUBERCULOSIS DEATHS UP IN PANDEMIC

THE CONTEXT: India is on the list of countries that contributed most to the global reduction in TB notifications between 2019 and 2020.

THE CONTEXT: Compassion cannot continue in perpetuity, the Supreme Court said in an order holding that Kashmiri migrants who retired as government officers cannot stay in official accommodation indefinitely.

THE CONTEXT: After a 22-day-long operation, a tiger — nicknamed MDT23 — believed to have been responsible for the death of two herders in the Mudumalai Tiger Reserve and Gudalur, was tranquillised by the Forest Department. 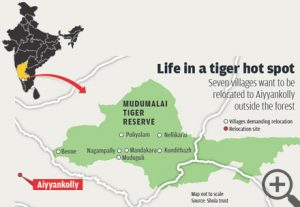 4. FALL IN STUBBLE BURNING INCIDENTS IN PUNJAB AND HARYANA

THE CONTEXT: According to a report by the Commission for Air Quality Management, there is a 70% reduction so far in instances of stubble burning in Punjab and 18% in Haryana from last year. 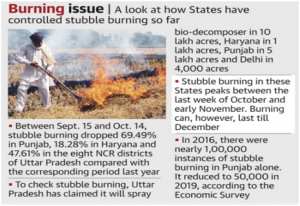 THE CONTEXT: Reserve Bank of India (RBI) Deputy Governor T Rabi Sankar said market participants, particularly banks, will have to prepare themselves to manage the business process changes and the global risks associated with capital convertibility.

THE CONTEXT: The Ministry of Home Affairs (MHA), through a notification in the Gazette of India on October 11, enhanced the “arrest, search and seize” powers of the Border Security Force (BSF) up to 50 km from the international boundary within Assam, West Bengal and Punjab. In Gujarat, the limit was reduced from the existing 80 km to 50 km. In Rajasthan, the 50-km limit remains unchanged.

Q1. Consider the following statements with respect to the concept of Convertibility in the Indian economy.