THE CONTEXT: The Election Commission of India organized a two-day SVEEP (Systematic Voters’ Education and Electoral Participation) Consultation Workshop on August 25-26, 2021. The agenda of the workshop was to review State SVEEP Plans & conduct extensive deliberations on the important aspects of SVEEP for a comprehensive strategy for the forthcoming elections.

THE CONTEXT:  Manthan- 2021 is organized by the Bureau of Police Research and Development (BPR&D) in coordination with the Innovation Cell of the Ministry of Education and AICTE.

THE CONTEXT: Minister for Labour and Employment launched an e-Shram portal and handed it over to the States/UTs. 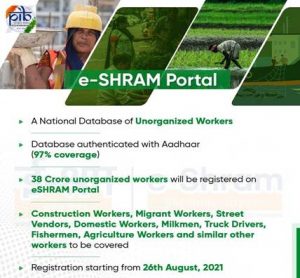 THE CONTEXT: On Women’s Equality Day, NTPC Ltd has recruited its first all-Female Engineering Executive Trainees (EETs) batch to reaffirm its stand on diversity and inclusion.

THE CONTEXT: The central government has notified the Drone Rules 2021, a much more liberalized regime for unmanned aircraft systems than what existed previously. 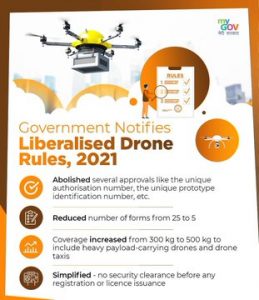 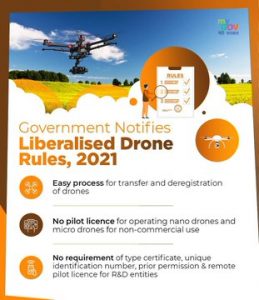 THE CONTEXT: The Supreme Court asked the Union government if it can immediately release money from the PMCares Fund for the education of children who have been orphaned or have lost legal guardians or either of their parents during the COVID-19 pandemic.

THE CONTEXT: An expert study on the lake’s ecology has said that the Sambhar Salt Lake in Rajasthan, which is constantly shrinking with the degradation of soil and water quality and a decline in the population of migratory birds, needs a faster restoration for conservation of its wetland and salt brine worth $300 million.

THE CONTEXT: India and Maldives will sign a contract on the mega Greater Male Connectivity project (GMCP), the largest infrastructure project in the country.

Q1. ‘It is India’s largest saltwater lake. It is part of the inland drainage system. It is also designated as a wetland of International importance under Ramsar convention.’ Which of the following site is described in the above paragraph?

a)      Ministry of Skill Development and Entrepreneurship