1. THIS PHRASE MEANS: ‘ARC OF THE MORAL UNIVERSE IS LONG, BUT IT BENDS TOWARD JUSTICE’

THE CONTEXT: On 26th November 2022- Constitution Day celebrations at the Supreme Court), Chief Justice of India DY Chandrachud used the famous phrase about “the arc of the moral universe bending towards justice”.

Talking about the accessibility of the justice system, the CJI said, “The Indian judiciary has been adopting several measures of institutional reform with the single objective — and I borrow the celebrated phrase of American civil rights activist Dr Martin Luther King Junior to describe it — to bend the arc of the moral universe towards justice.”

What is the full quote?

CJI Chandrachud, in his speech, made the need for effort clear when he said the judiciary is “adopting several measures” to attain the objective of bending “the arc of the moral universe towards justice.”

Another criticism of the phrase — and one acutely relevant to the Indian context — is that it seems to assume everyone is agreed upon what is “justice”. Often, competing interest groups in a diverse population, like in India, can have very different ideas of what is “justice”, and critics claim that before trotting the phrase around like a happy platitude, a robust debate is needed to arrive at an informed and fair definition of justice.

THE CONTEXT: Recently, a joint report by the International Union for Conservation of Nature (IUCN) and UNESCO’s World Heritage Centre (WHC) expressed concern about the status of the Great Barrier Reef (GBR) in Australia, recommending that it “be inscribed on the List of World Heritage in Danger.” 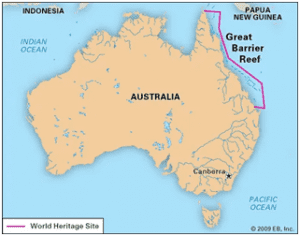 THE CONTEXT: An eight-member team from Chinnakanal that comes under the Munnar forest division, which has been instrumental in bringing down the incidents of man-animal conflict in the region, has won recognition for its efforts.

Why it is significant?

THE CONTEXT: Hearing a plea to protect the endangered bird Great Indian Bustard (GIB), the Supreme Court asked if a ‘Project GIB’, on the lines of ‘Project Tiger’, could be launched.

Why is the Great Indian Bustard endangered?

What is Digital Rupee?

CBDC can be classified into two types

1. Retail (CBDC-R): Retail CBDC would be potentially available for use by all
2. Wholesale (CBDC-W) is designed for restricted access to select financial institutions.

What will the retail digital rupee be?

And how will the retail digital rupee work?

THE CONTEXT: Recently, Baguette — the staple French bread — was inscribed into the UN’s list of intangible cultural heritage (ICH).

UNESCO, the international body which aims at promoting peace and cooperation among nations through education, arts, sciences and culture, recognized the “Artisanal know-how and culture of baguette bread” as a world cultural heritage.

What is a baguette? 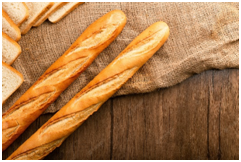 Why did France nominate it for the UN list?

What is intangible cultural heritage according to UNESCO?