1.THE LATEST GUIDELINES ON ARRESTS AND BAIL ORDERS

THE CONTEXT: Recently, a division bench of the Supreme Court of India in Satender Kumar Antil vs CBI laid down fresh guidelines on arrests in order to have strict compliance with the provisions of Section 41 and 41A of the Code of Criminal Procedure, 1973.

How is a person arrested?

What are Sections 41 and 41A of the Code of Criminal Procedure?

The Bench further said that the courts will have to satisfy themselves on the compliance of Section 41 and 41A. Any non-compliance would entitle the accused for grant of bail.

What are the guidelines with respect to bail?

2.TOLL OF HUMAN-ANIMAL CONFLICT ON TIGERS, ELEPHANTS AND PEOPLE

THE CONTEXT: According to the Ministry of Environment, forest, and climate change between 2018-19 and 2020-21, 222 elephants were killed by electrocution across the country, 45 by trains, 29 by poachers and 11 by poisoning. Among tigers, too, 29 were killed by poaching between 2019 and 2021, while 197 tiger deaths are under scrutiny.

THE CONTEXT: According to the Ministry of Environment, Ecology and Climate Change the Clearance of Genetic Engineering Appraisal Committee (GEAC) Mandatory for the Environmental Release of Genetically Modified (GM) Crops. 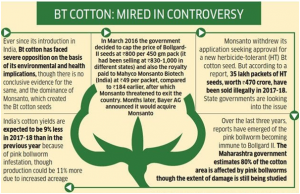 THE CONTEXT: India has designated five (5) new wetlands of International importance, which include three wetlands (Karikili Bird Sanctuary, Pallikaranai Marsh Reserve Forest & Pichavaram Mangrove) in Tamil Nadu, one (Pala wetland) in Mizoram and one wetland (Sakhya Sagar) in Madhya Pradesh, making a total of 54 Ramsar sites in the country.  The Ramsar sites have been increased from 49 to 54 Ramsar sites.

Criteria for declaring the wetlands 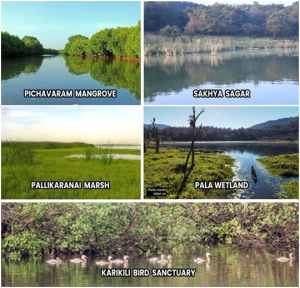 THE CONTEXT: Recently, Principal Scientific Advisor stated earlier this month that the government would soon come up with a new space policy that could initiate the rise of India’s own “SpaceX-like ventures”.

Why is development in the space sector important?

Where does India stand in the global space market?

How is the private sector’s involvement regulated in India?

THE GOVERNMENT SCHEMES AND INITIATIVES IN NEWS 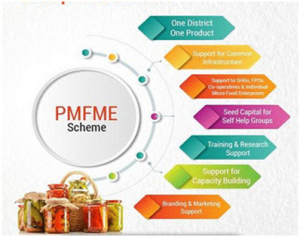 The PMFME scheme is designed to address the challenges faced by the micro enterprises and to tap the potential of groups and cooperatives in supporting the upgradation and formalization of these enterprises. The scheme aims to enhance the competitiveness of new and existing individual micro-enterprises in the unorganized segment of the food processing industry and promote formalization of the sector.

The details of assistance available to Micro Food Processing Enterprises under PMFME Scheme: 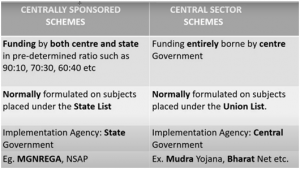