THE CONTEXT: The Ministry of Home Affairs informed the Supreme Court that the National Disaster Management Authority (NDMA) has recommended the payment of 50,000 Rupees each as ex gratia assistance to the next kin of those who died of COVID-19, including those who succumbed to the virus while involved in relief operations and preparedness activities. 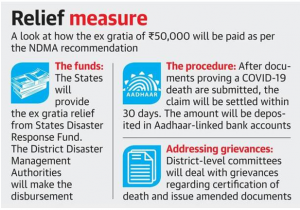 THE CONTEXT: The “world’s largest stockpile” of rhino horns was consigned to flames in eastern Assam’s Bokakhat, the headquarters of the Kaziranga National Park and Tiger Reserve, amid Vedic rituals. The event timed with World Rhino Day was aimed at dispelling myths that have driven the illegal horn trade and the poaching of the animal.

THE CONTEXT: The World Health Organisation (WHO), in its first-ever update since 2005, has tightened global air pollution standards. 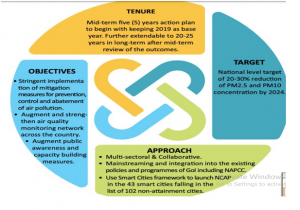 THE CONTEXT: FDI Inflows grow 62% during the first four months of the current Financial Year over the corresponding period last year.

THE CONTEXT: Towards enhancing military cooperation with friendly nations, Indian Naval Ship INS Tabar was mission-deployed in international waters for over three months from 13 June 21.

THE CONTEXT: In an unexpected move, the United Kingdom added Indian-made Covishield to its list of recognised vaccines, but refused to recognise vaccine certificates given to those administered the vaccine in India.

THE CONTEXT:A meeting of foreign ministers from the South Asian Association for Regional Cooperation (SAARC) countries, which was set to be held in New York, has been cancelled. The member states were unable to agree upon the participation of Afghanistan, with Pakistan and India in particular at loggerheads over the issue.

Which of the following species of rhino are critically endangered?

The reproduction number, or R, refers to how many persons an infected person infects on average. In other words, it shows how ‘eﬃciently’ a virus is spreading