BASIC TENETS OF THE SCHEME

EXTENSION OF PMJDY WITH NEW FEATURES

ACHIEVEMENTS UNDER PMJDY- AS ON 18TH AUGUST’21

THE CONTEXT: ‘Thematic’ POSHAN Maah to be celebrated across the nation throughout the month of September as part of azadi ka amrit mahotsav.

THE CONTEXT:  The NITI Aayog has recommended that to make the National Monetisation Pipeline (NMP) a success, the government should give Income tax breaks to attract retail investors into instruments like Infrastructure Investment Trusts (InvITs). 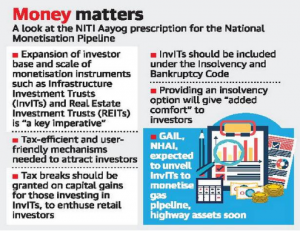 THE CONTEXT: Raksha Mantri dedicated to the Nation, indigenously built Coast Guard Ship ‘Vigraha’ in Chennai on August 28, 2021. The ship is a perfect example of a successful partnership between public and private sectors to realise the dream of self-reliant India.

9. CHINA TO REQUIRE FOREIGN VESSELS TO REPORT IN ‘TERRITORIAL WATERS’

THE CONTEXT:  Chinese authorities said they will require a range of vessels “to report their information” when passing through what China sees as its “territorial waters”, starting from September 1.

Q1. Which of the following are possible negative effects of Oil Pal cultivation in North-East Indian states?

Select the correct answer using code given below: