To attempt the Quiz, simply click on START Button.

You have already completed the quiz before. Hence you can not start it again.

You have to finish following quiz, to start this quiz:

Your result has been entered into leaderboard
Loading
Spread the Word 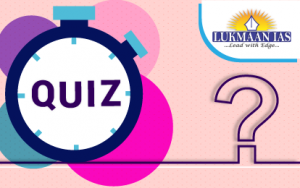